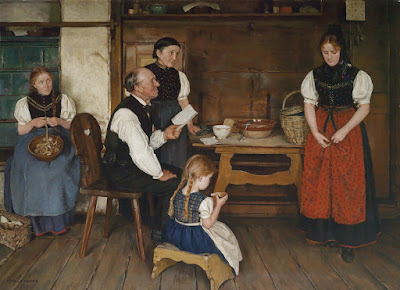 Alma Erdmann was an extraordinary German painter, whose life has been largely forgotten. Wikipedia doesn't even have a page dedicated to her yet, except if you switch to German language (to be fair, most of her male teachers aren't on Wikipedia either). I haven't been able to find any images of her. According to the German Wiki, she was a member of the Karlsruhe Artists' Association and the General German Art Cooperative. Her portrait, 'Black Forest Woman' was shown in the Berlin Academy Exhibition of 1901, and then purchased by Berlin's National Gallery, who own the majority of her work. Most of her works portray similar women in traditional dress, often in farmhouses. Her German Wikipage states she was quite popular around 1901, and that her works were reproduced by others. In 2011, her painting, 'The Letter' sold for (just) €19,305. 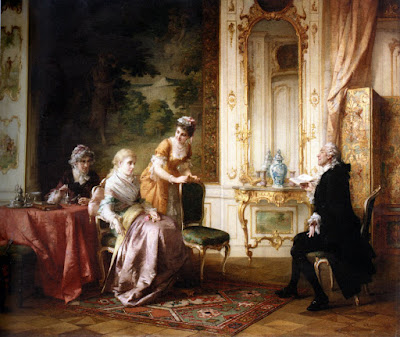 Alma Erdmann was born on July 21st, 1872 in Herzberg am Harz. She was one of the few female students permitted entry into the Karlsruhe Art Academy, where she studied with Caspar Ritter and Karl Caspar. She then attended the Düsseldorf Art Academy, studying under Hugo Crola and Claus Meyer. We know she took part in a 1910 Faber Art competition - but that's the last information I could find of her. It seems, no one even knows exactly when she died, or why? Just that it happened in Hanover around 1930. 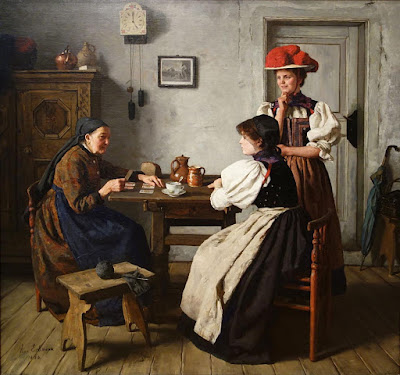 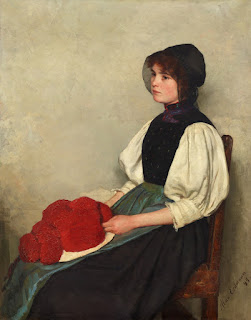 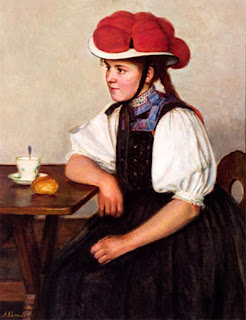