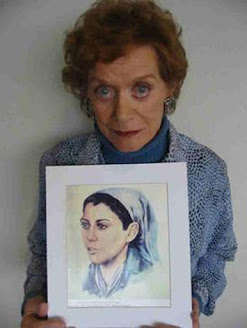 AnneMarie Dina Gottliebova Babbitt was a Jewish artist, originally from Brno, in the Czech Republic, who endured and survived one of the most evil and traumatic events in human history, the Nazi Holocaust. She painted under the most harrowing of circumstances, and was able to capture images of innocent people just moments before death, imbuing each work with a dignity and reverence that their SS captors had deprived them of. It's overwhelming, and it's hard for the mind to imagine or comprehend the bravery and compassion it took for her to pick up a brush and achieve this accomplishment, considering the conditions put upon her - the stress of knowing one false move, one mistake might cost her her life. 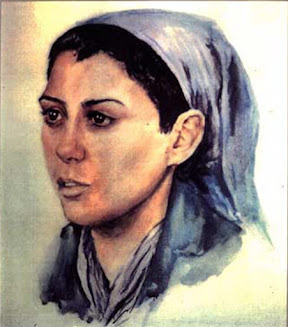 When the Nazis invaded the Czech Republic in 1942, Dina was an art student at the Academy of Fine Arts in Prague. She was just nineteen. She and her mother were arrested and sent to Theresienstadt concentration camp. The following year they were transferred to Auschwitz. While there, she caught the eye of Josef Mengele, one of the most atrocious and sadistic leaders of the SS. A "physician", Mengele was nicknamed 'The Angel of Death' for the brutal, deadly, and completely unnecessary medical experiments her performed on prisoners. I haven't yet found an estimate of the total number of people he was personally responsible for murdering, but it's easily hundreds.
The crimes he committed are too cruel to describe in detail here. Suffice it to say, he noticed Dina's artistic talents, and his "medical curiosity" led him to make an agreement with the young lady. She could paint Romani prisoners in watercolor, much more accurately than the photo camera technology of the time. Mengele was particularly interested in the color of their skin. If she would paint them, he would spare both Dina and her mother. Dina agreed, and it worked. By some miracle, they survived Hitler's "final solution", living in the camp for three years until liberation in 1945. Over a million Jews, Romani, and others were murdered there, in that camp alone. 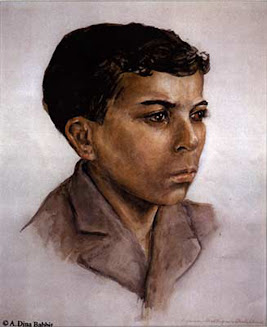 After the war, Dina made her way to America, eventually living in Santa Cruz, California. She married Art Babbitt and they both worked as animators for Disney. Art Babbitt is credited for the creation of Goofy. The couple had two daughters, Michele and Karin. In a time of such tragedies, it's good to know at least one person lived happily ever after. Except... 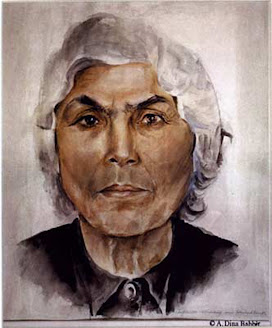 In 1973, a camp survivor found seven of her works, the ones shown here, and sold them to the Auschwitz-Birkenau State Museum. The museum found and contacted Dina, and she flew all the way out to confirm that they were, in fact her paintings. Then she asked for them back... The museum refused. They believed that the paintings belonged there, for visitors of the former camp to see and learn from. But, it was Dina's work. She'd been forced to make them, and forced to give them up, against her will.
This began a legal struggle that Dina continued, unresolved for the rest of her life, until she died in 2009 of cancer. In 1999 the US government, at the behest of over 450 comics artists, petitioned the museum to release the works, but it still refused. Artist Neal Adams drew a six page comic (inked by Joe Kubert) explaining her story, and Stan Lee wrote an introduction for it. To date, her family is still petitioning for the return of her work, to own and exhibit when and where they see fit. 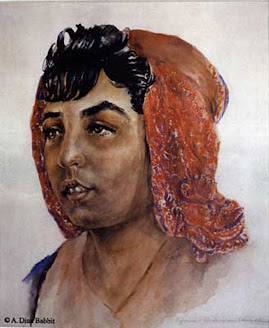 In 1999 Dina was featured in a documentary film about the Holocaust, titled Eyewitness, along with artists Jan Komski and Felix Nussbaum. 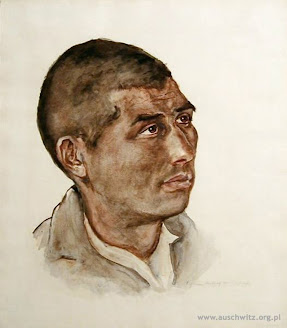