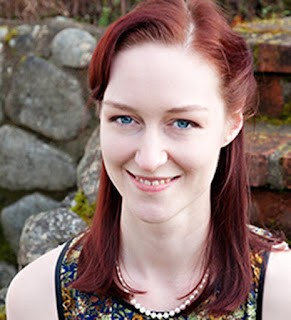 Katherine (Kate) Stone is an amazing Canadian-American painter from British Columbia. She is not the same Katherine Stone from Washington State who writes novels, nor is she the German hand-pan player. This Kate is a realist painter of portraits and still lifes. Her work is collected all over the world, and she teaches workshops internationally. Kate has been featured in magazines such as International Artist and Southwest Art, and has competed on the TV channel Bravo! show Star Portraits (episode 7). Kate has also won first place and a People's Choice award from the Portrait Society of Canada,  first and second place and a Staff Award from the Art Renewal Center, best in show at the Cowichan Valley Arts Council show, and many other awards. 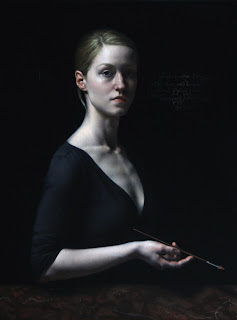 Kate was born in Bangor, Maine, to loving Canadian parents. They encouraged her to begin her career as a painter. She says in this interview with Daphne Goode (Shaw TV, 2016):

"From a very early age, any art book I wanted, pretty much, I got that. So, I had all these wonderful instructional books, I had some art history books, and I would just spend lots of time devouring these books. And, I had art materials if I wanted them. When I was thirteen my mom tracked down a very talented art teacher [Isabella Konakowski], and I was getting lessons from her, so I was always encouraged. I had a great head start because of that. So by the time I finally did go to art school I already had seven years of oil painting under my belt. It was pretty awesome."

Kate attended the Victoria School of the Performing and Visual Arts. 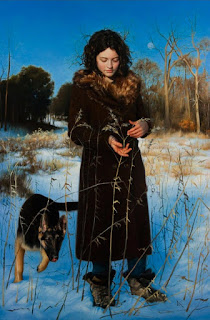 In 2004 Kate moved to Toronto, where she began her career. She also met and fell in love with American artist David Gluck. He immigrated to Canada, and the two lived and painted in Toronto for seven years. Kate says (Goode, 2016):

"I think a successful marriage between artists probably depends on leaving your ego at the door, because, you know one year you'll have a good year, and you'll have a not-so-good year, and then the next year it's completely reversed. I think the solution is just to have a joint bank account because then their successes are your successes and vice versa." 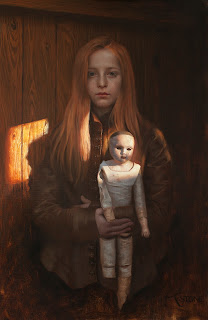 In 2011 the couple moved to a farmhouse on Vancouver Island in British Columbia. They now have one son, James. Her husband, David, has now begun drawing tattoos, as he explains in this interview with Astrid Atonia (Scene 360, 2017):

"We moved out to [Vancouver] island together. We used to live in Toronto and we were just ready for a change of pace, and really with how we did our business, like with the fine art thing (the tattooing thing is kind of more recent for us), we just found you didn’t have to live in the city. And since we are pretty much business partners with everything we did with fine art, we said “well why don’t we just live somewhere a little bit more remote,” somewhere that we’ll actually enjoy living instead of Toronto. Most of our business was in the states anyways, so that’s kind of how we ended up on the island here." 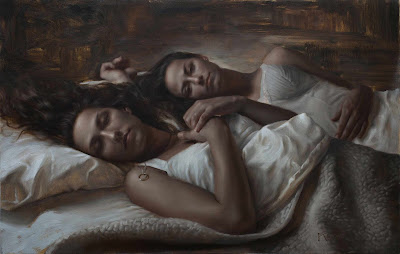 "Basically what happened is—my wife and I, we weren’t making bongo bucks or anything but we were ekeing off of our fine art and just fine art and some teaching. And something very weird happened in 2008. The economy of the States collapsed. But the funny part was that didn’t affect us right away. It took four years before the smoke settled. Older galleries started going bankrupt, some disappeared for years on end. Basically we were, for all intents and purposes, screwed. Our whole business model collapsed and we were like 'we gotta do something.'

"Now, out of sheer coincidence, like I said I knew nothing about tattooing; I didn’t know anybody. I mean maybe I saw on a rare occasion a reality show, but I didn’t know much about it. A lot of what you see on the street—especially back then, I mean this is five or six years ago before social media was as big . . . you don’t see what you see now so I wasn’t as interested in it. My wife had been in talks with a really well-known tattooer named Joshua Carlton, and he was just asking about gallery advice. He was the one who kind of exposed us to tattooing. We never saw it before, we were shocked. Like, this is pretty much what you can do with painting, I mean y’know for all intents and purposes. And then the irony of it was he thought we were rich artists and we thought he wasn’t making any money as a tattooer and it was completely reversed. He was like, 'Oh I thought you guys were making a fortune, I saw your prices,' and I was like, 'No, we’re ekeing by, we’re very very very simple.' And then he was telling us, 'Well, I do really well at this, there’s a huge market for this,' and he did this great realism piece. And then he goes, 'Would you guys ever be interested in something like that?'

"So. . . I guess we got interested because the art got stagnant, and we needed to do something. So my wife started tattooing with me. We went down and pretty much had a crash course over four months. We didn’t really do many tattoos, but we watched him. Which was good because we got to see a master tattooer, and really bad because he made it look really easy. So I was just like 'Oh, I guess you just make some swooshy marks and then you get a perfectly rendered face. Great!' So when we moved back here and started working in a street shop there was a huge learning curve, and it took a lot of time to kind of figure out the skills and how some translate and some do not translate." 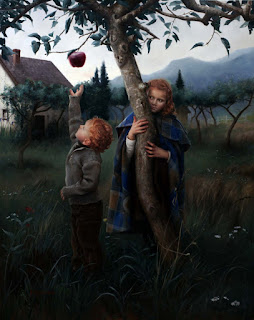 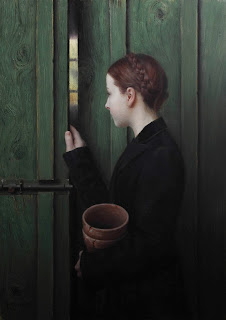 'Shadow of My Hand' 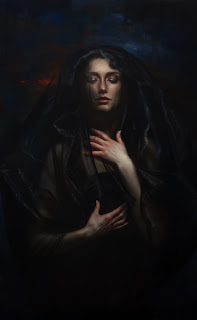 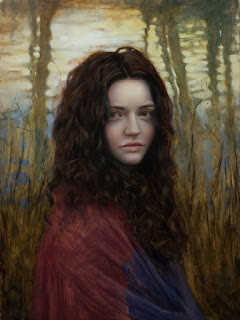 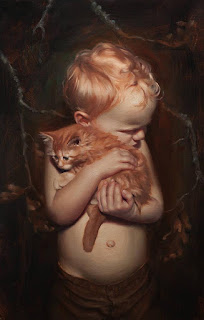 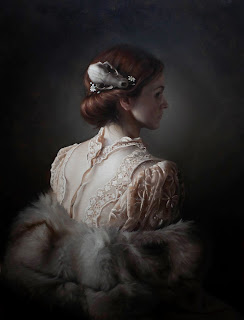 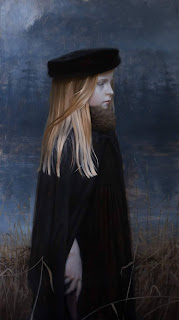 'Glad the Birds Are Gone Away' 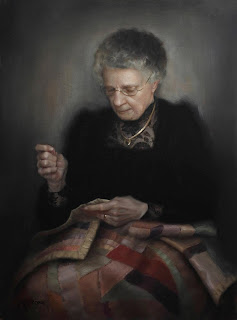 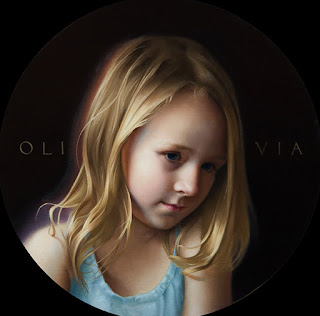 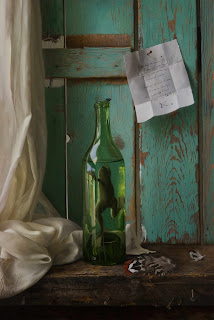 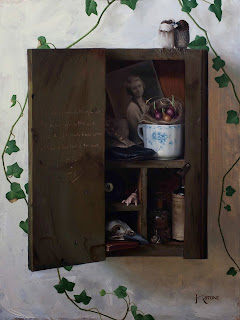 'Crack in the Teacup' 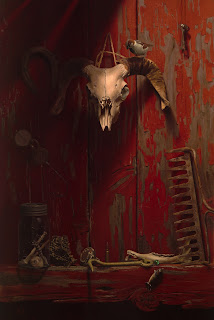 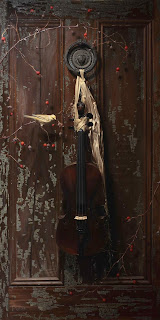 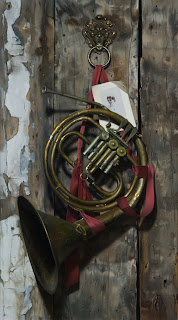 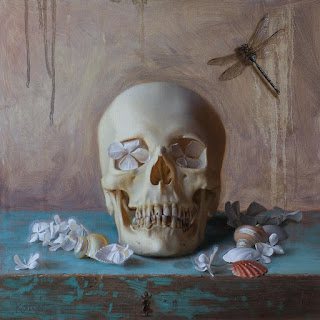 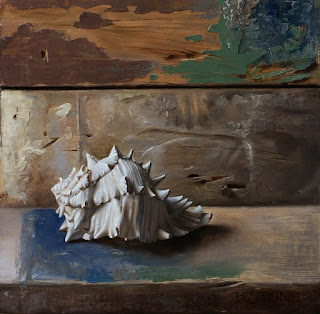 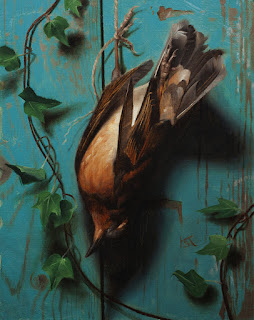 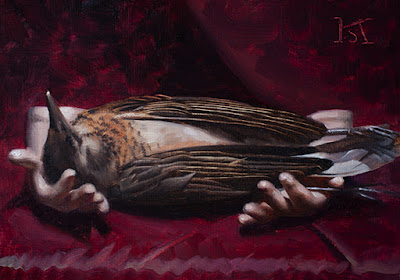 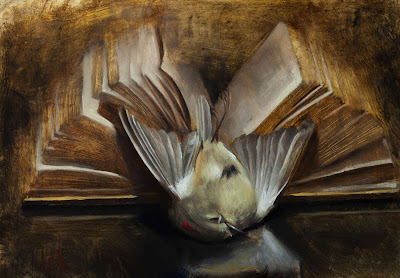 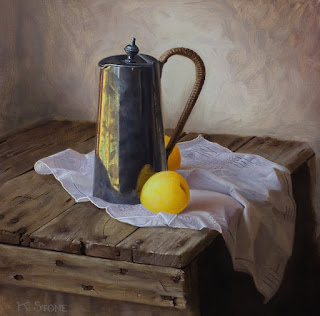 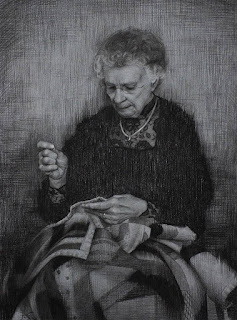 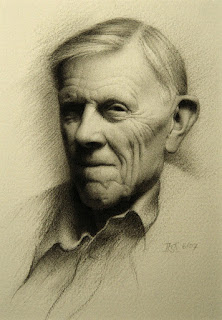 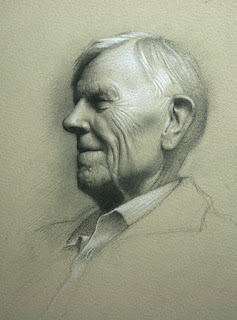 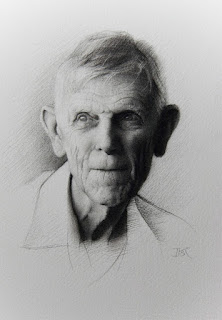 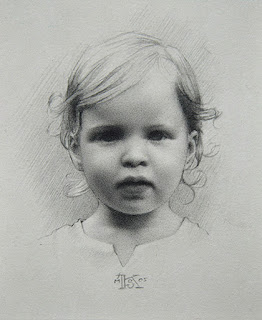