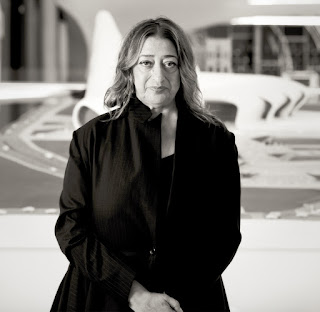 Zaha Hadid was an outstanding post-modern architect, known as the "Queen of the curve", whose buildings changed landscapes across the globe, and envisioned a new aesthetic for the 21st century. Zaha Hadid was the first woman to design an art museum in the US. She won many prestigious awards. In 2012 she was made a dame by Queen Elizabeth II for her architecture. She won three Sterling Prizes, four RIBA European Awards,  the Pritzker Architecture Prize, the Erich Schelling Award, The Thomas Jefferson Medal, the Jane Drew Prize, and is the only woman to ever receive the Royal Gold Medal from the Royal Inst. of British Architects. She was also an honorary member of the American Academy of Arts & Letters and the American Inst. of Architects. 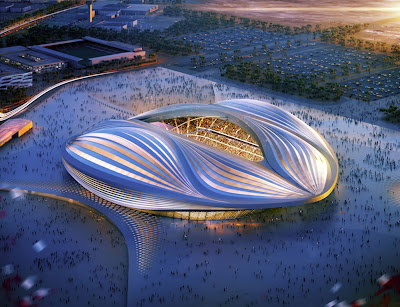 Zaha Hadid was born in Baghdad, Iraq to a wealthy family. Her mother was an artist, and her father was an industrialist, heavily involved in politics. He fought for worker's rights, development, and democracy until the Ba'ath party came to power and put him on trial. Following this he retired from politics and spent the rest of his life in Britian. Zaha's childhood trips to ancient Sumerian sites helped foster her love of architecture, as she studied at boarding schools in England and Switzerland. 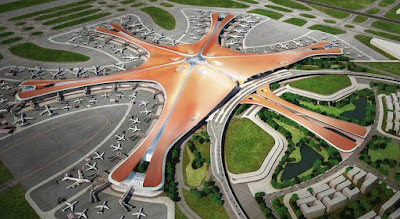 Zaha first studied math at university, in the American U of Beirut, and then studied architecture at the Architecural Association School in London, under prof.'s Rem Koolhaas, Elia Zenghelis, and Bernard Tschumi. Zaha's final project was a design for a hotel in the form of a bridge, inspired by the abstractions of Kasimir Malevich. Zaha talks about Malevich's art in these two clips (click on them to play:


Zenghelis said of her student work:

"We called her the inventor of the 89 degrees. Nothing was ever at 90 degrees. She had spectacular vision. All the buildings were exploding into tiny little pieces.The way she drew a staircase you would smash your head against the ceiling, and the space was reducing and reducing, and you would end up in the upper corner of the ceiling. She couldn't care about tiny details. Her mind was on the broader pictures—when it came to the joinery she knew we could fix that later. She was right." 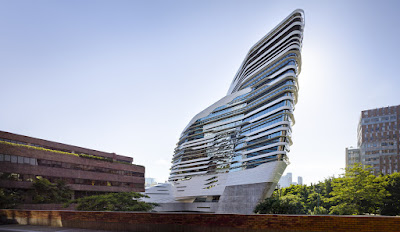 Upon graduation, Zaha Hadid worked for her former professors until she started her own firm in 1980. She also became a citizen of the United Kingdom, and began teaching architecture at university. Her reputation had already grown quite large from her ambitious albeit controversial designs. Her works, which she always drew by hand, were widely published in magazines, and in 1988 she was one of seven included in the show "Deconstructivism in Architecture", at the MoMA.

Not everyone shared her vision of a new aesthetic. When her design for a new opera house in Cardiff, Wales was selected by the jury (1994) the government rejected it, instead choosing another firm's design. 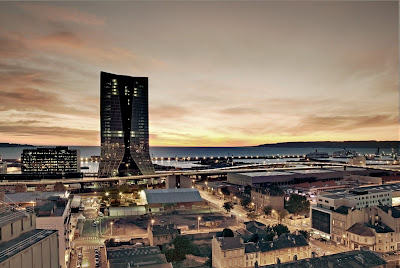 Zaha Hadid was a pioneer in re-imagining buildings as abstract sculptures, not merely functional but visionary - their purpose and goals obvious, integrated into the design and felt by those who live and work in them.  Her works remind me of the sculptures of Barbara Hepworth, and I realized as I wrote this article, it's too bad Hepworth never went into architecture: 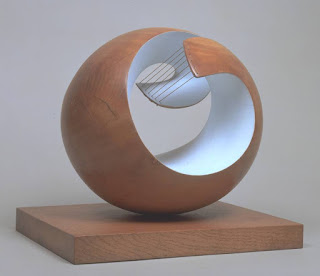 Zaha Hadid died of a heart attack, while undergoing treatment for bronchitis. But her legacy lives on, not only in those works already completed, but in several ongoing projects around the globe, as the company she created continue to build and create, according to her designs. After her death, a square was named after Hadid in Antwerp, Belgium in front of the Port Authority Building she had designed: 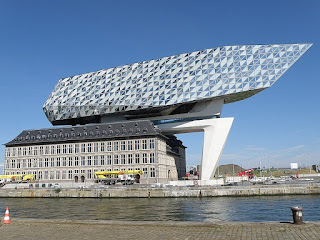 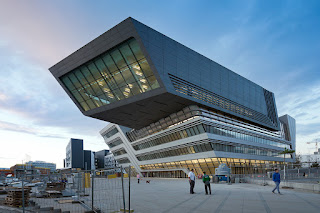 The Library & Learning Center, University of Economics in Vienna, Austria (2008-2013) 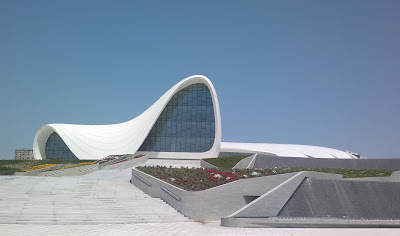 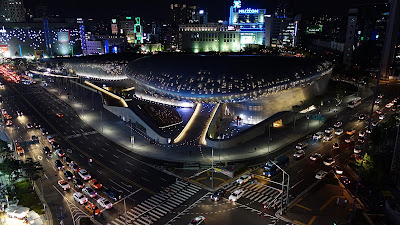 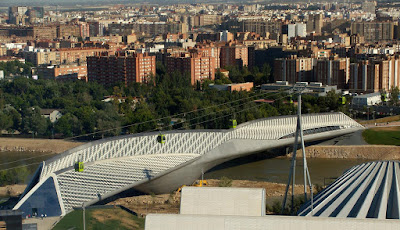 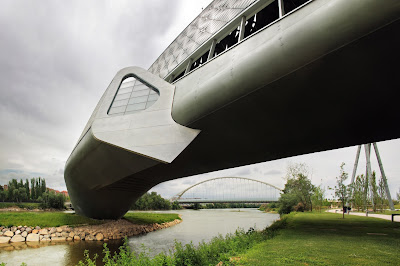 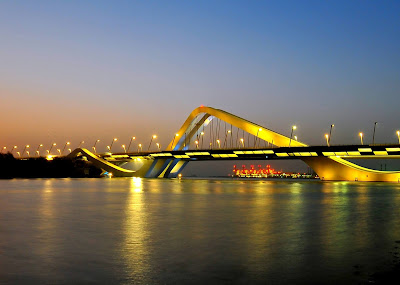 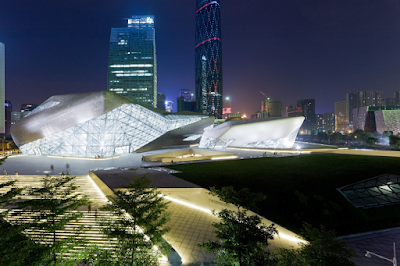 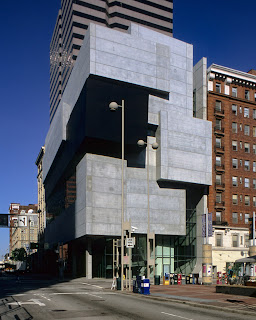 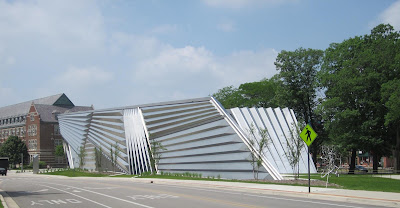 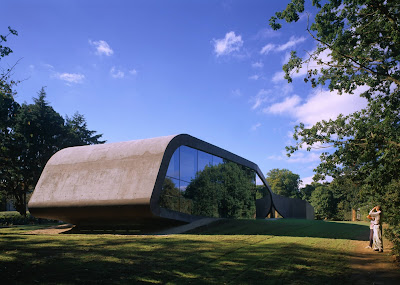 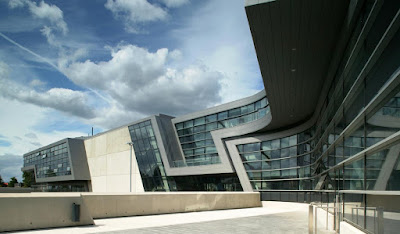 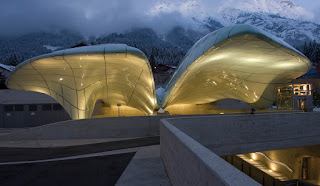 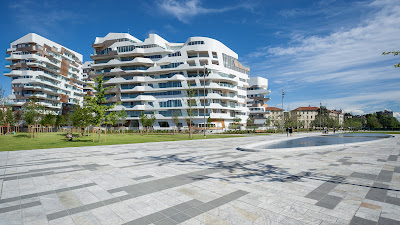