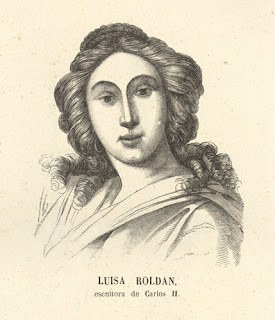 Luisa Roldán, called La Roldana, was the first documented woman artist in Spain, a court sculptor to two Spanish kings, and a leading Baroque figure. Besides her large-scale religious works, she was also the first sculptor in Spain to create small polychrome terracotta works, sold privately to wealthy individuals. She was one of the only women ever admitted to the Accademia of San Luca. And, she was the only woman mentioned in the book, An Account of the Lives and Works of the Most Eminent Spanish Painters, Sculptors and Architects, by Antonio Palomino. 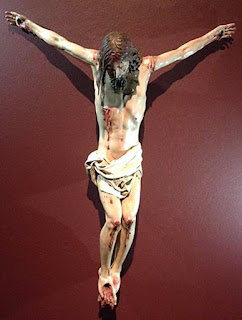 'Crucifixion'
Luisa Ignacio Roldán was born in Seville, Spain. Wikipedia list the year of her birth as 1656, but the Grove Dictionary of Art claims it was 1650, while the Getty Museum lists it as 1652. She was one of six daughters of sculptor Pedro Roldán. Pedro had eleven children (3 died young), and he taught his entire family to work together on his projects, carving works in wood, and sculpting in terracotta. His children, Maria, Luisa, Isabel, Teresa, Ana, Marcelino, and Pedro Jr. helped him sculpt figures, while Francisca painted their hands and faces.  In 1671, at 15 (or 21, as her birth year is disputed), Luisa married another sculptor, Luis Antonio de los Arcos, against her father's wishes. 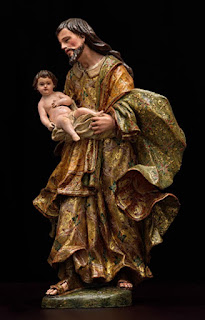 Luis & Luisa worked together, with Luisa sculpting, and Luis painting her works, in a technique known as polychrome. Their first commissions were for the Confraternidad de la Exaltacion in Seville. In 1686, they moved to Cadiz, and spent two years sculpting statues for the Cathedral there (some of her work there, including a statue of Mary Magdalene, was destroyed at the start of the Spanish Civil War in 1936). Then, in 1688 they moved to Madrid, and in 1692 Luisa became a court sculptor, through the help of courtier Don Cristóbal de Hontañón, and she received a commission to sculpt St. Michael. She first worked for King Charles II, and then Philip V. She also made works for the Duke of Infantado. 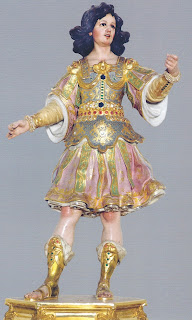 Luisa died young, somewhere between 48-54 years old. I haven't found a cause of death, but she did suffer many hardships, due to the instability of her time. Luisa had seven children, but only two survived to adulthood. Her time in Madrid was marked by conflict, crisis, and famine. From 1688-97 Spain was dragged into the Nine Years War with France, and the death of Charles II led to the War of Spanish Succession which lasted from 1701-14. The Spanish court was nearly bankrupt, and using Luisa, a woman, as court sculptor was an expedient way to delay or deny her the salary she had been promised. Records document her repeated requests for payment, many of which went unanswered. All we know is she was buried in 'a pauper's grave'. The Grove Dictionary of Art states that, although she had no direct followers, her 'buoyant style indirectly influenced' 18th C. sculpture in Madrid, and her small terracota works were an inspiration for later Rococo figures in porcelain. 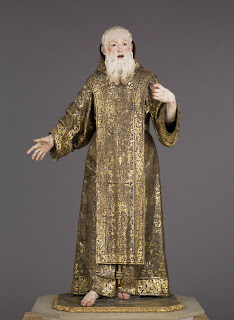 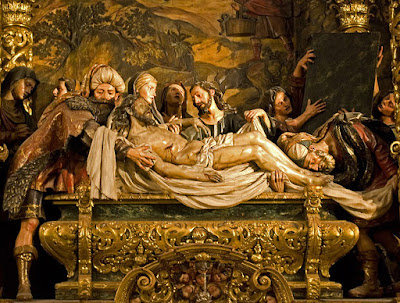 This piece is attributed to Pedro Roldan, but Luisa certainly helped with it. 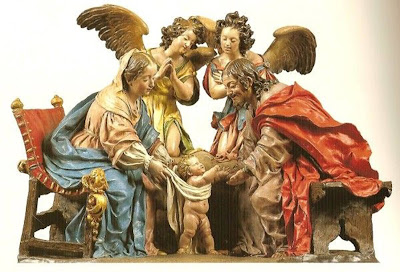 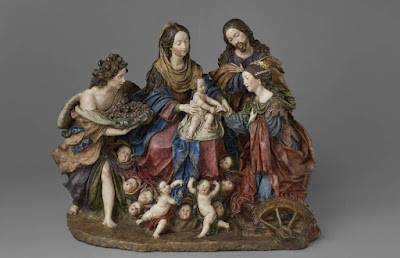 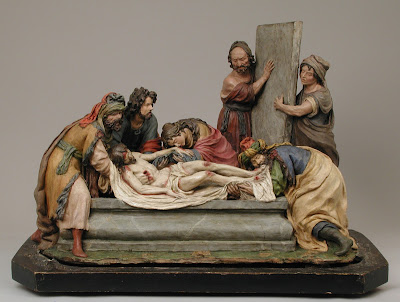 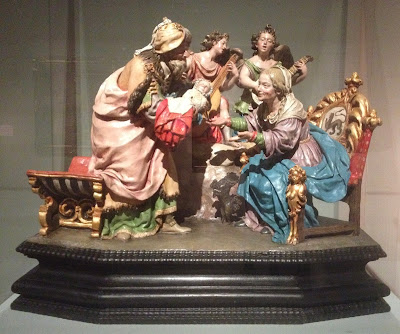 'The Infant Virgin with the Saints Joachim and Anne' 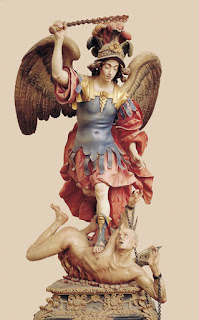 'St. Michael', 1692
Some notes taken from this article from the blog Art With Hillary.