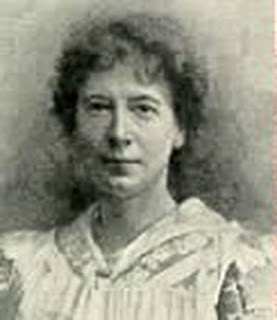 Margaret Isabel Dicksee was born in London to a family of painters. Both her father, Thomas Francis Dicksee, and her uncle John Robert Dicksee were art teachers at the City of London School. John was also the first art curator for the City of London. Margaret's brother Frank was also a painter, the most successful of the family, being knighted for his art in 1925. Both Margaret and Frank studied art at the Royal Academy (after first being taught by their father), and Frank became its president in 1924. Margaret also had a cousin Herbert who was a painter and printmaker. The entire family have been described as 'genre painters', each choosing to paint historical scenes, scenes of family life, and scenes from literature, especially that of Shakespeare. Margaret also served as a model for some of her father's work, although I'm not sure which. 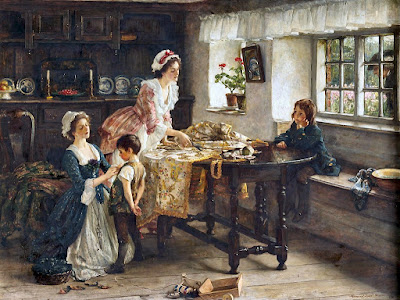 'The Sacrifice of Vanities',

Margaret exhibited with the Royal Academy, winning a silver medal and £40 for her painting 'Deepening Shadows', which unfortunately I wasn't able to find. I have no idea how Margaret died at the age of 45, although considering the time, I imagine it would be tuberculosis? I'm contacting the Royal Academy now for more information. 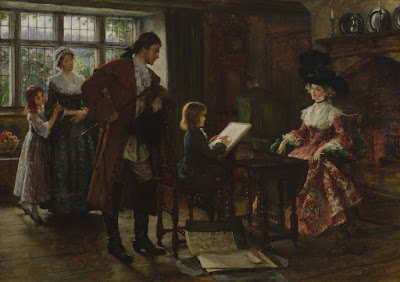 'The First Commission of Thomas Lawrence', 1901

According to the book, The Victorian Nude: Sexuality, Morality, and Art, Margaret and other women students were not allowed to attend nude life-drawing classes, so they set up their own life drawing sessions. One of these classmates was Helen Allingham. 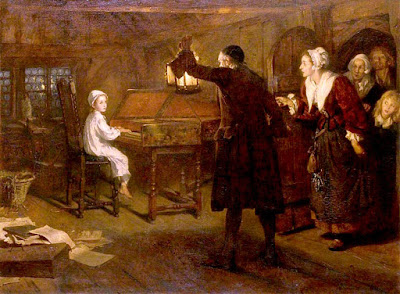 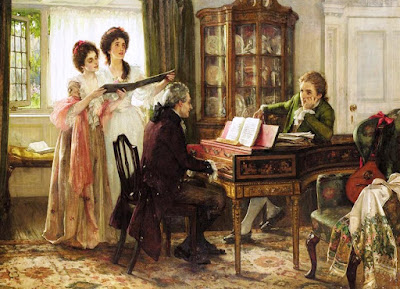 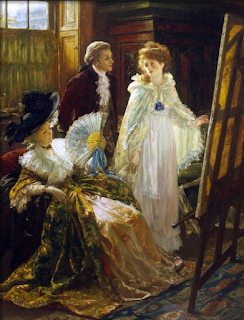 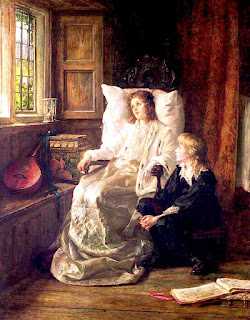 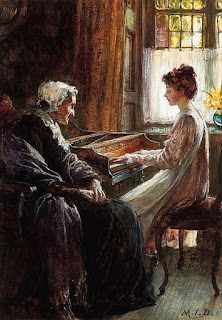 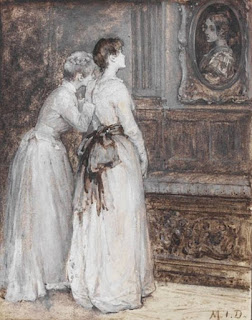 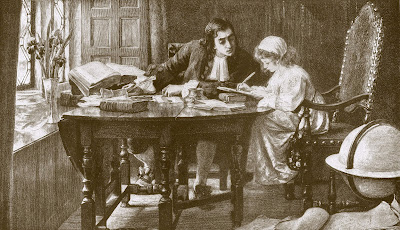 'Swift & His Stella' - I'm not sure if this is her print, or if a print maker prepared a B&W version of an original painting by the artist.

Some notes taken from Avictorian.com