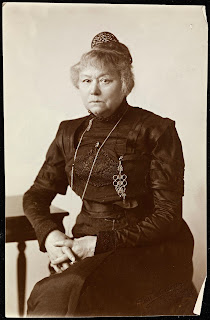 "I think I serve the cause of women best by concentrating like a man."

Harriet Backer is one of the most celebrated painters of Norway. Studying all over Europe, she is considered a realist with an impressionist influence. She won a silver medal at the Paris Exposition Universelle in 1889. She also exhibited at the World's Expo in Chicago in 1893. Between 1898-1918 she was part of the National Gallery of Oslo's purchasing committee. In 1908 she was awarded a King's Gold Medal of Merit (in Norway). She was later made a knight, first class, in the Royal Norwegian Order. She became a member of the Nordlendingenes Forening, an association in Oslo dedicated to the equal treatment and opportunity for those in Northern Norway. They awarded her a Petter Dass Medal. She also won three Schäffers Legats in Norway (a stipend awarded to artists, named after a wealthy patron). In 1982, artist Ada Madssen erected a memorial statue of both Harriet and her sister Agathe in their home town of Holmestrand: 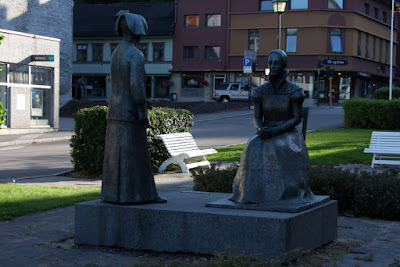 Harriet was born in Holmestrand to a wealthy family. Her father was a shipping merchant. Harriet was second eldest of four sisters. Inga, the eldest, was a singer, Margrethe, the youngest, was also a painter, and Agathe became a famous concert pianist and composer. Agathe toured throughout Europe, playing in Paris, Berlin, London, Florence, and many other places. Harriet often accompanied her, meeting and studying with famous artists along the way, while sketching in the many museums.

When Harriet was eleven, her family moved to Oslo. She attended school and took private lessons in art, starting at age twelve, first under Joachim Calmeyer and then Johan Eckersberg. According to this article by Jill Beatty (Norwegian American, 2015), Harriet first wanted to be a writer, seeing art as a hobby, but that her love for painting gradually drew her toward it as a career. At 21 she moved to Berlin where she studied with Alphons Holländer and Christen Brun. She then returned to Oslo to study under Knud Bergslien. Three years later she traveled to Munich to study under Eilif Peterssen (who was himself a student at the Academy of Fine Arts - where women were not admitted). It may seem strange that she studied so long in so many different places, but this seems to have been common for artists at the time. 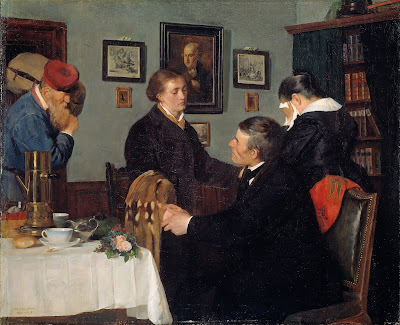 It was in Munich that she received a letter in 1877 that her father had died. Her mother wished for Harriet to return home and care for her. Harriet refused. Art was her calling and she would not let it go. She made her response into a painting, titled 'The Farewell', shown above. At age 33 she moved to Paris to study under Léon Bonnat and the famous orientalist painter Jean-Léon Gérôme. It should be noted, this was the same time in which artist Asta Norregaard also moved to Paris. In 1880 Harriet's painting 'Solitude' was accepted into the Paris Salon, earning an honorable mention. Harriet lived in Paris for ten years, sharing a studio space with her Norwegian friend Kitty Kielland: 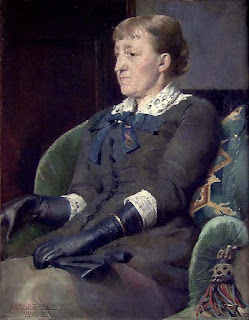 Harriet and Kitty visited Norway in the summer time, painting landscapes in plein air (scroll down for examples). 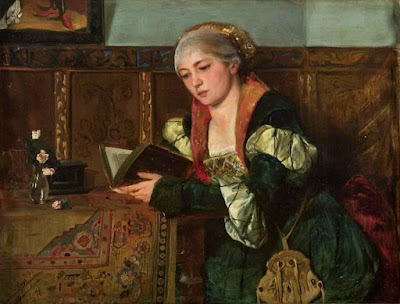 In 1888, age 43, Harriet moved back to Norway, this time for good. She settled in Sandvika, near Oslo and opened her own art school, teaching such students as Marie Hauge, Lars Jorde, Henrik Lund, the novelist Cora Sandel, and her niece, Astri Heiberg. In 1889 she won that Silver Medal from the Paris Exposition for her painting 'Chez Moi' (see below). It was immediately purchased by the National Gallery in Oslo. 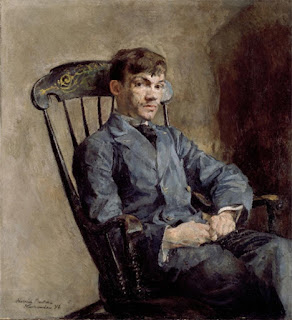 Harried died at age 87. She never married or had children. She was buried next to her parents in Vår Frelsers Cemetery, near the tombs of Edvard Munch and Henrik Ibsen. 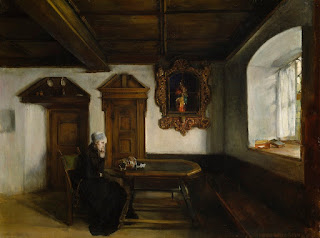 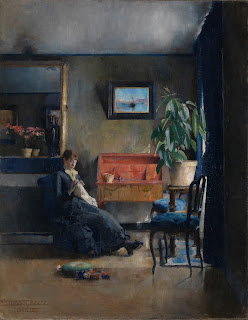 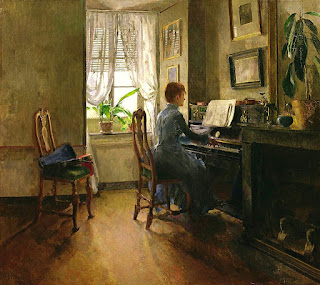 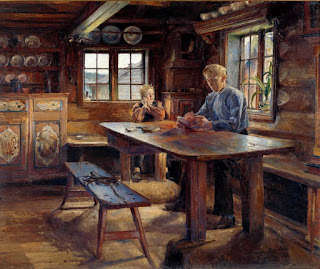 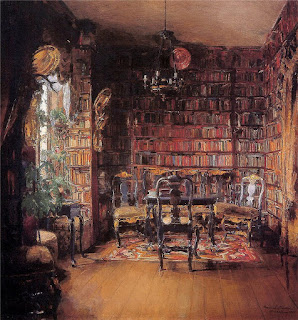 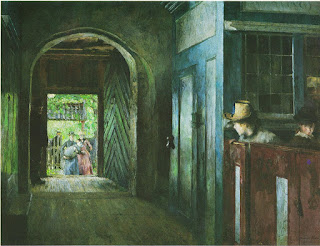 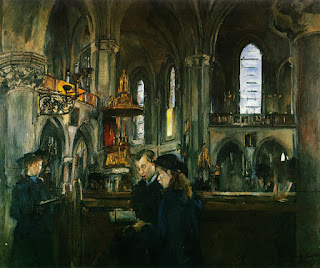 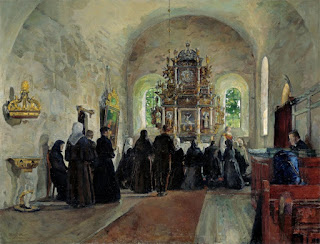 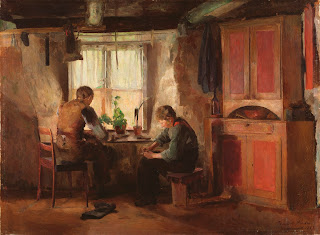 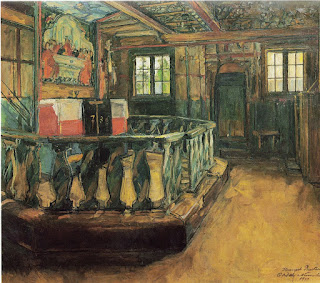 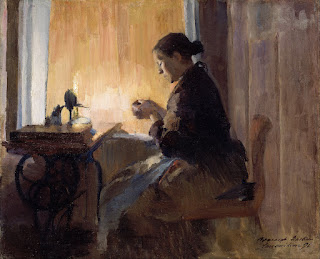 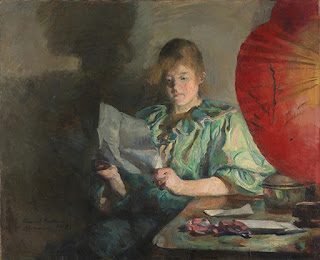 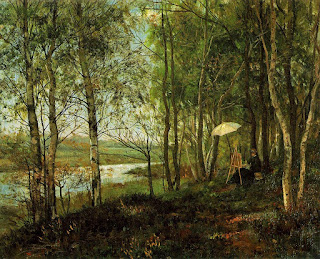 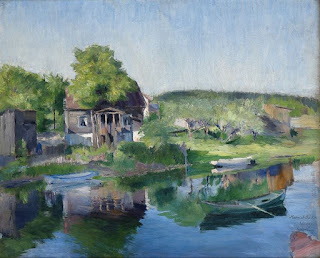 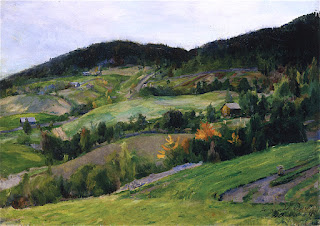