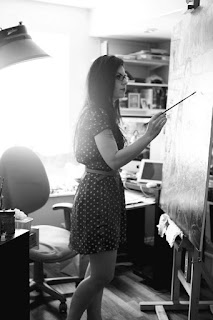 Mary Sauer is an award-winning painter and professor from Salt Lake, Utah, known primarily for her subdued, yet powerful portraits. She earned her BFA at Brigham Young University and her MFA from the University of Utah. She has also studied at the Art Student's League in NYC, the Grand Central Academy of Art, and apprenticed for two years with the master painter William Whitaker. Also of interest, according to 15 Bytes (2016), between her bachelors and masters degrees, Mary Sauer worked for Jeff Koons, I assume as an artist who fabricated his ideas? Mary Sauer now teaches portraiture at Utah Valley University.
Mary has been featured in numerous art magazines, including American Art Collector, Southwest Art, International Artist, and more. She's won the Springville Museum of Art's Director's Award (2014), and Best in Show at the Portrait Society of America's international competition (2012). In 2014 she also earned a grant from the Elizabeth Greenshields Foundation. 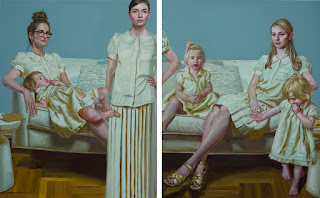 On her website, Mary explains in her artist's statement:

"I am interested in the pressure of perfection that we face in today's social structure. In our current society, we often allow social media to control the expectations of the path our lives should lead. This can lead to a false public identity that is more about display than actual interaction, while hiding one’s true self. I hope to call attention to these new social norms that are impeding our mental ability to reach out to others and allow us to accept both our beauty and imperfections."

"My goal is to bridge the gap between conceptual art and classically trained figurative paintings and create pieces that use beauty, technical mastery, and a timeless subject matter to convey a symbolic narrative that becomes a visual manifestation of the internal psychological space where perfectionism lives."

A good example of the pressure of perfection in Mary's work would be the painting 'Anna with Dishes': 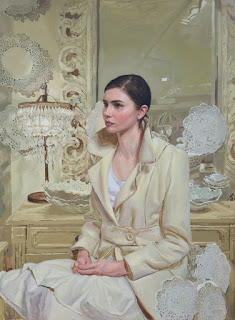 In this picture, Anna must sit quite still, and uncomfortably, as any slight movement might knock over the fragile porcelain plates next to her, breaking them. 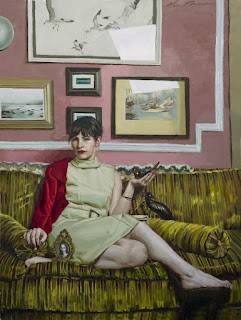 Like Adrienne Stein, she lists the Pre-Raphaelites as an influence on her style, as well as John Singer Sargent. 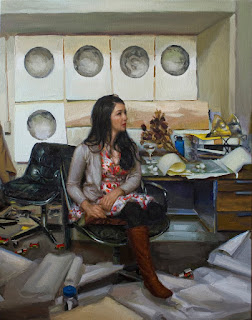 'Lace in her Studio'

In a more recent artist's statement for Sloane Merrill Gallery, she says, "I paint on canvas directly in a representational, impressionistic approach.  I am very inspired by portraits done by Cecelia Beaux, the idea of a modern day Mary Cassatt as seen in the work of Jenny Saville, and abstract expressionists like Willem de Kooning."

In this article by the Portrait Society of America (2019), Mary describes seeing this portrait by Cecelia Beaux, " “It was as if a lightning bolt hit me. I knew this is where I was supposed to be.” 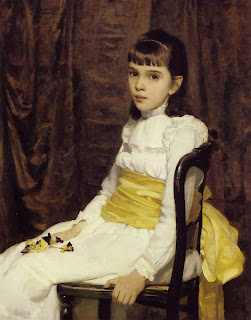 Despite Mary's incredible skills and creative vision, she's still humble like the other artists on this list. She told Amanda Mattison (2019), "No matter how many paintings you do, if you start a painting that’s a flop, you think you’re a terrible artist.” 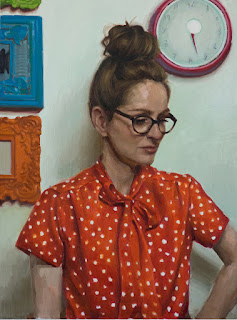 In each of her portraits, Mary conjures the emotion of pressure and stress, as her sitters contemplate, how to be exceptional. How to be more than average. We see it on their faces, expressed in different ways based on their personalities. This is in marked change to her more recent works of children, who seem much more carefree, even as they observe and contemplate the world around them. The difference comes in a way as a sort of warning for the future and what it holds. Mary's latest works seem to look to the past for guidance, in the quality, knowledge, and craftsmanship once common and now lost - lingering only in antique shops, used bookstores, and older (sometimes abandoned) buildings. 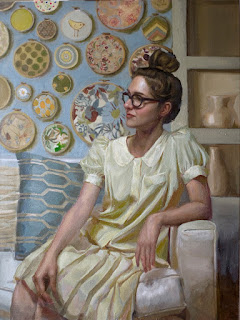 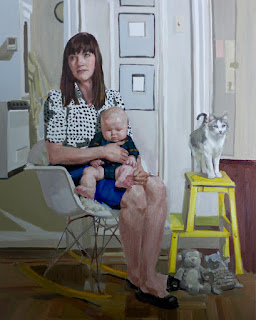 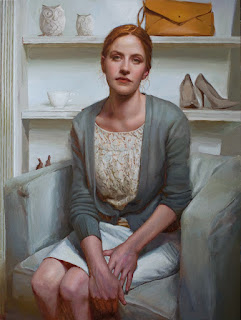 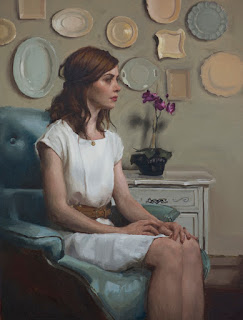 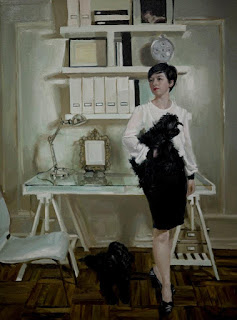 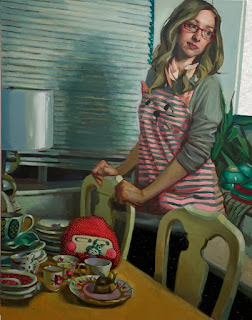 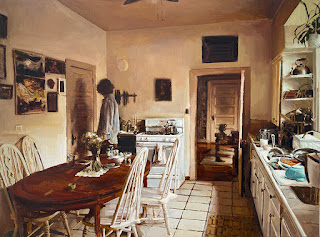 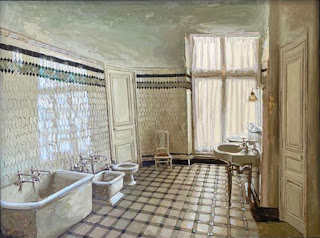 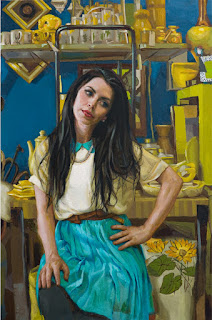 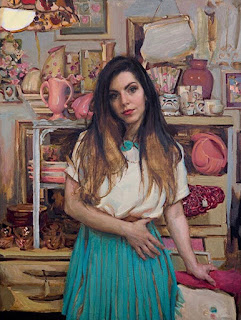 'A Little Bit of Everything, A Great Deal of None' 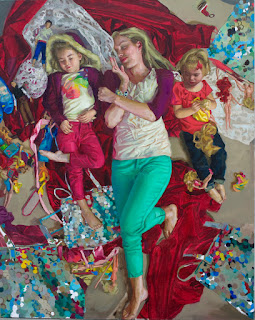 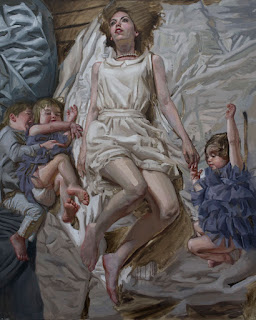 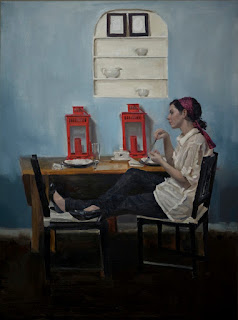 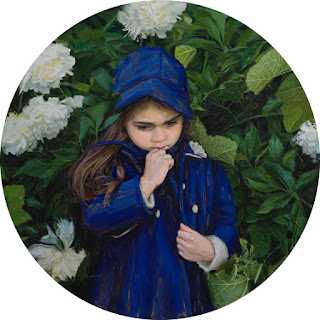 'If I Had Moths to Friend as I Have Flowers' 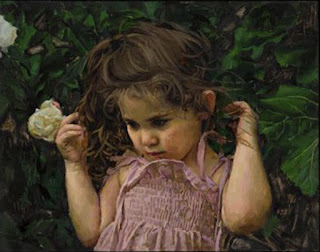 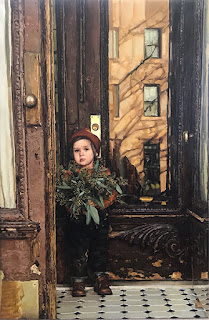 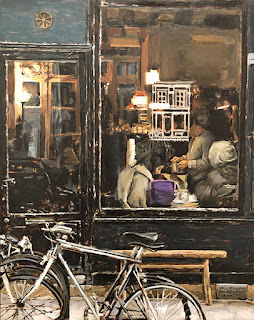 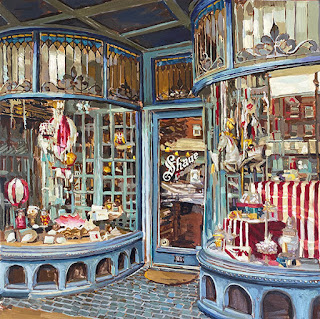 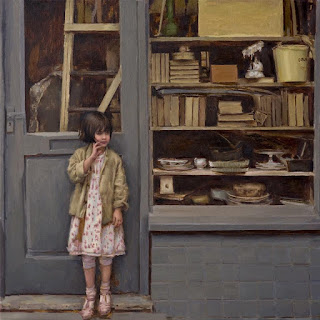 'I Wander, Lonely as a Cloud' 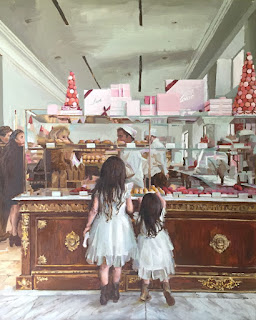 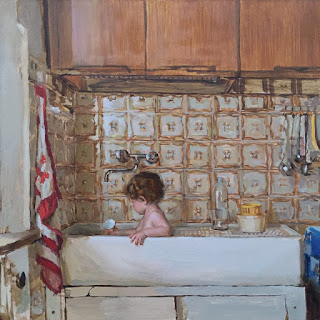 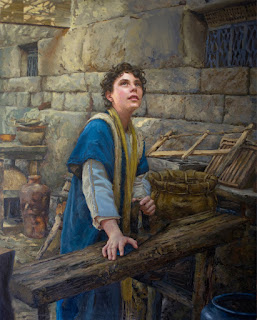 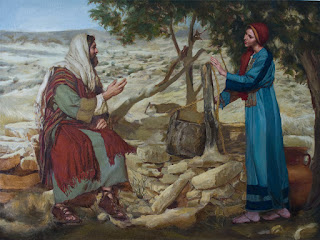 'Woman at the Well'