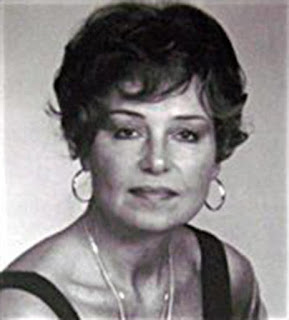 This photo is purported to be from her 2009 Obituary in the Seattle Times. 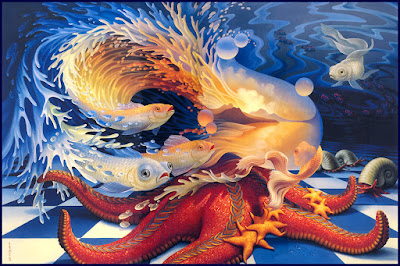 Ilene Meyer was a phenomenal painter from Washington State. She began painting full-time in the 1970's (in her 30's), although she drew very well as a child, and had her first solo show in 1979. She was self-taught, although highly inspired by her mother's art. She illustrated various Sci-Fi books, and her works have become very popular in Japan. Right now, not all that much is known about her (or at least available online), which is a shame, because her work is excellent. She's been described as a surrealist, showing the obvious influence of Dali, but her works have less to do with the subconscious or 'dreamscapes' and more to do with pure, abstract fantasy, meant to instill a sense of awe rather than to disturb the viewer. And, it would certainly be wrong to call her a copyist. 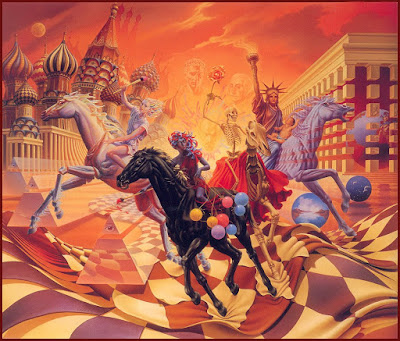 Ilene once had a website devoted to her work, divided into sections: The Senses, The Elements, The World, The Soul. Alas, her site is now gone, and with it a great deal of her art. There are two books available, titled Ilene Meyer: Paintings, Drawings, Perceptions (2005), and The World Below (2006), which is a children's story she illustrated. 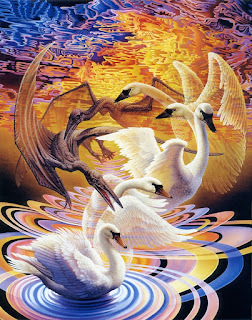 According to a fan page on Facebook, Ilene once said this of her art:

"The subjects and landscapes I have painted are to show the beauty of which is on the brink of disappearing. The magnificent habitat of the fauna is changing to concrete and wastelands... which is what I represent in the paintings as a somewhat confusing computer-oriented space. The rhythms of that space-scape along with the various shapes represent the ebb and flow of the cycle of life and death. My animals and plants are found in strange environments which they have somehow adapted to, yet the spirit still dreams of yesterday. Those subjects ultimately represent ourselves." 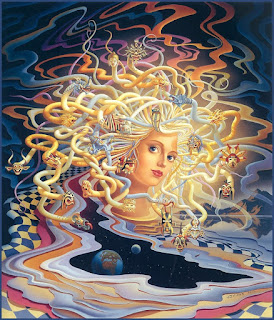 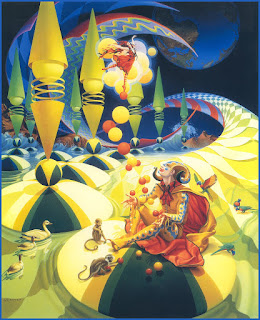 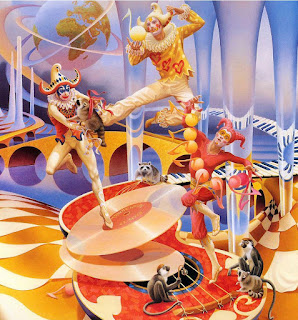 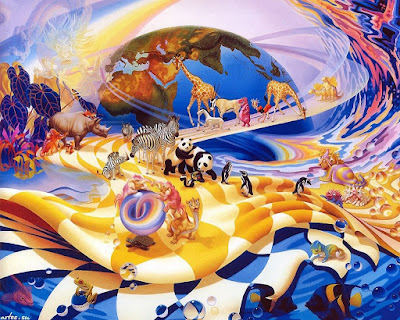 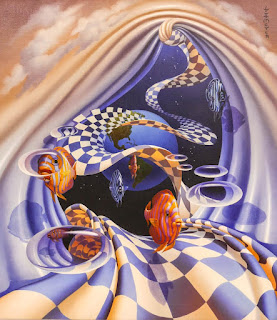 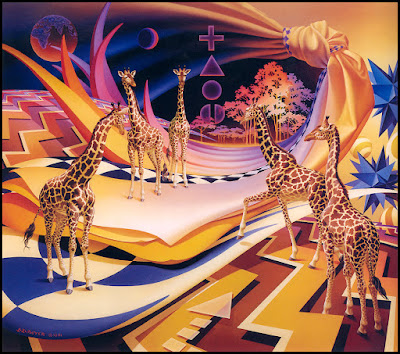 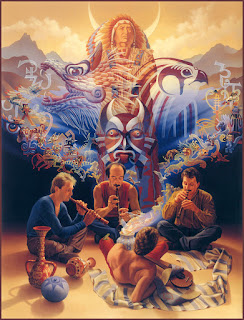 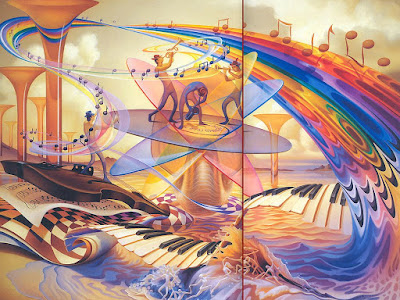 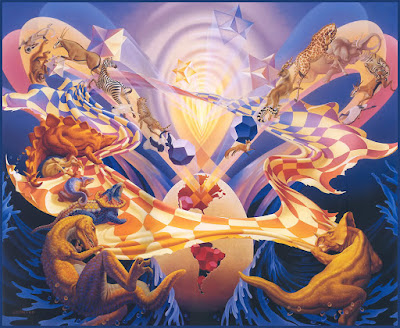 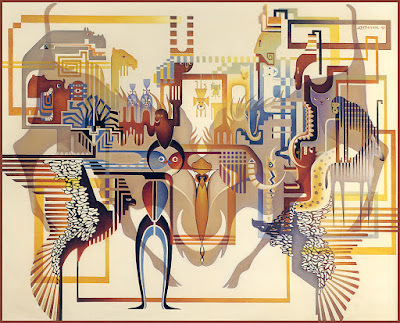 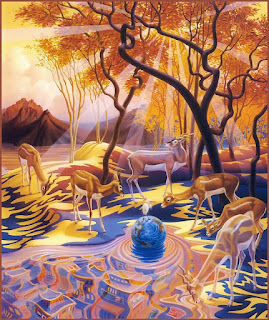 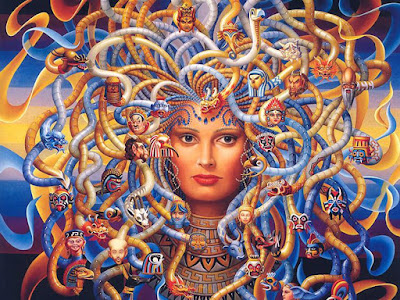 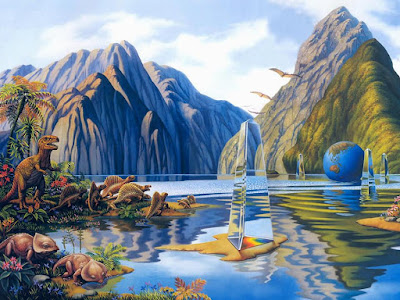 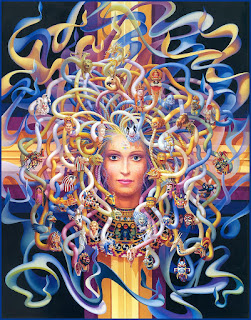