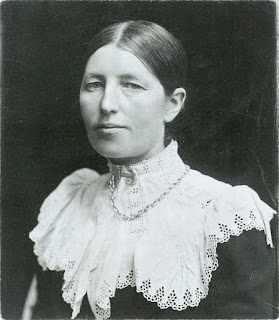 Anna Ancher was one of the first successful women artists in Denmark. She lived her whole life in Skagen, Denmark, a popular tourist destination along the beach, famous for its colony of artists. She's been described as an impressionist, but I'm not sure the label fits. Anna's father owned a hotel, so she met many of these artists as a young girl, which inspired her to paint. Her first teachers were Karl Madsen and Viggo Johansen. She went to the Vilhelm Kyhne College of Painting in Copenhagen, and then in Paris at the Atelier of Pierre Puvis De Chavannes.

At 21 she married another artist, Michael Ancher, and had a daughter, Helga, who also painted. Four years later, they bought a house in Skagen, which is now a museum dedicated to the pair of artists. The family was good friends with the other painters in the colony, especially Peder & Marie Krøyer. The nation of Denmark awarded her twice in her lifetime for her artwork, giving her an Ingenio Et Arte medal in 113 and the Tagea Brandt Rejselegat in 1924. In 2004 Denmark put a double portrait of the couple on their 1000 Kronen bank note:

While Anna focused on the daily lives of ordinary people at work, she imbued her works and figures with a solemnity, a level of gravitas and introspection. We see a model way of living, centered on Christian faith, but with a recognition for the difficulty and solitude of life, even as someone gently arranges flowers in a vase. Sunlight often plays a prominent role in her works, whether through a window or out in the open. You get the sense it represents something greater, spiritual. 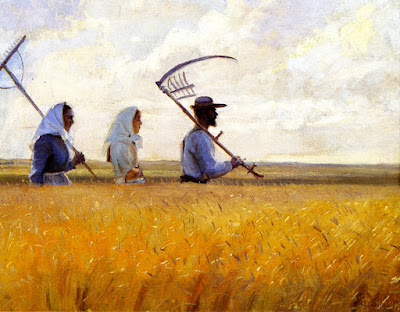 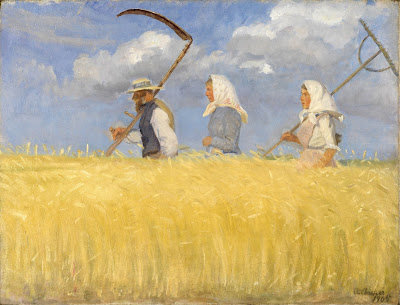 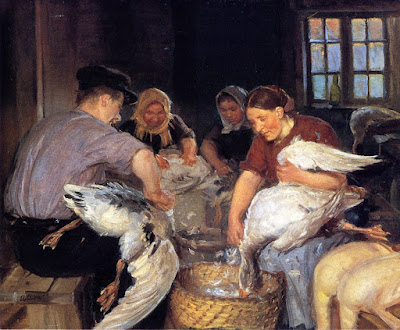 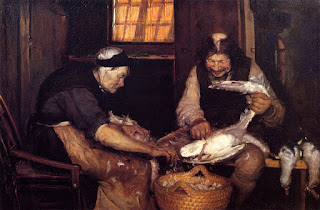 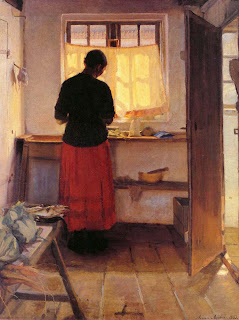 'Girl in a Kitchen' 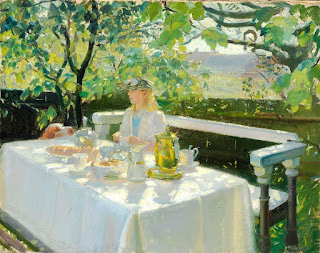 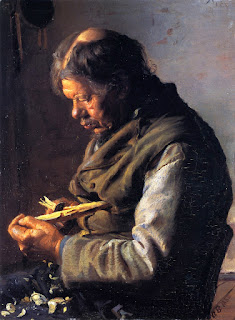 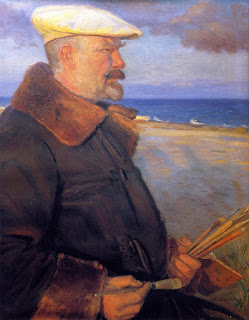 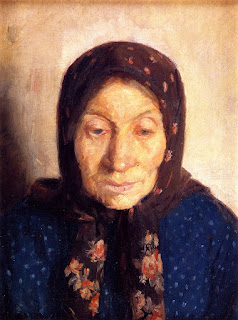 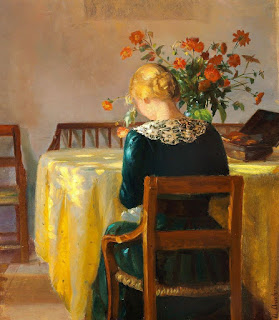 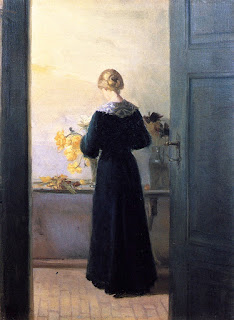 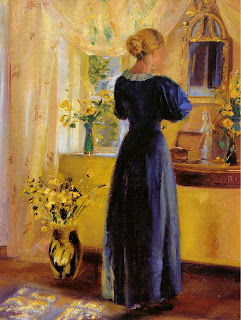 'Young Woman at a Mirror' 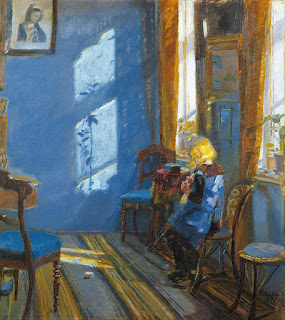 'Sunlight in the Blue Room' 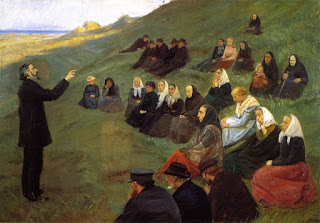 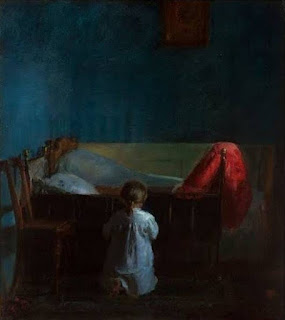 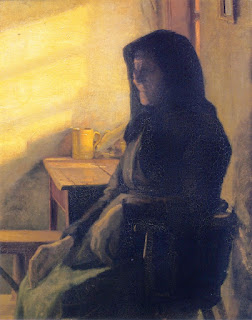 'Blind Woman in Her Room' 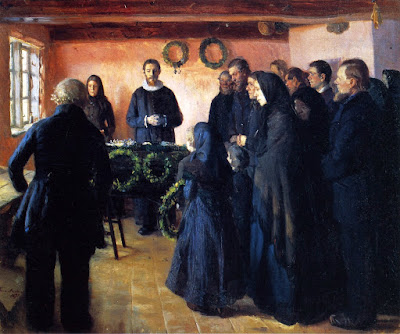 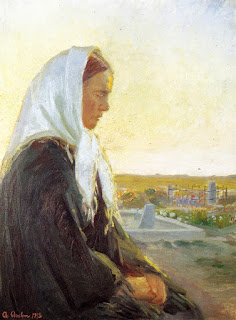 Some notes taken from the Skagen Art Museum.