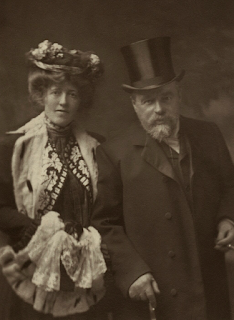 Laura Alma-Tadema was one of the greatest English painters of the 19th century's Victorian Age. She exhibited regularly at the Paris Salon, the Royal Academy, and the Grosvenor Gallery, as well as at the 1893 World's Columbian Exhibition in Chicago. She won a gold medal from the German government in 1896, and a silver medal at the 1900 World's Fair in Paris. She also drew illustrations for The English Illustrated Magazine. 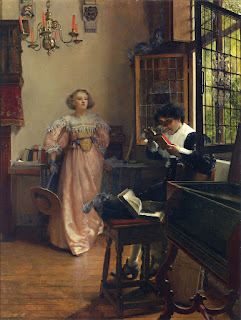 Laura was the second wife of he renowned painter Lawrence Alma-Tadema. According to the Art Renewal Center, Laura originally trained as a musician and composer. It was Lawrence that got her started painting. They met in 1869, six months after his first wife had died of smallpox (a disease that had also taken his only son, as an infant). His wife, Marie-Pauline, died in May, and in December Lawrence traveled to London for health reasons. Doctors in Belgium couldn't diagnose what was ailing him. Lawrence was invited to the home of painter Ford Madox Brown (who had been teaching Laura's sister, Ellen). There he met the Epps sisters, and immediately fell in love with young Laura. He was 33, and she only 17.

Returning to Belgium, Lawrence found his excuse to return almost immediately with the Franco-Prussian War breaking out. He took his sister Atje and two daughters, Laurence and Anna, right back to London. Lawrence later wrote, "I lost my first wife, a French lady with whom I married in 1863, in 1869. Having always had a great predilection for London, the only place where, up till then my work had met with buyers, I decided to leave the continent and go to settle in England, where I have found a true home." 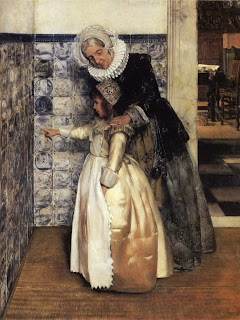 He convinced her to begin taking art lessons with him, and, after a year, proposed marriage. Laura's father, a pseudo-doctor who practiced homeopathy and phrenology, was opposed to the idea, demanding they wait a year to get to know each other better. So, they waited. A year. Then, in 1871 they married, living happily ever after. In that time, both Lawrence and Laura were highly successful painters. Lawrence became one of the wealthiest and most famous painters of the 19th century, with his romantic depictions of ancient Rome, Greece, and Egypt. Meanwhile, Laura quickly won accolades for her domestic scenes of 17th century Netherlands, in the manner of the Dutch masters. Beginning her training in 1871, in just two short years she was exhibiting at the Royal Academy and Paris Salon. 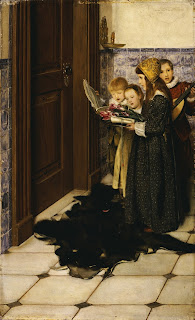 The couple bought a fancy home facing Regent's Park in London. They never had children - Laura became step mother to Lawrence's two daughters. The eldest, Laurence, became a novelist, while the younger Anna was also a painter. The family was famous for hosting parties with some of the world's leading musicians playing along. Laura died relatively young, age 57. It's not clear why, and it seems the state of medicine at the time wasn't able to properly diagnose her. Her newspaper obituary read (The Times, 1909):

"Lady Alma-Tadema spent the months of June and July in a German cure, from which she returned a few days ago in a very weak state. She was advised to leave town immediately, and she entered an establishment in Hindhead. Here her malady suddenly took a critical turn on Friday last and she passed away painlessly after an unconsciousness of many hours on the night of Sunday." 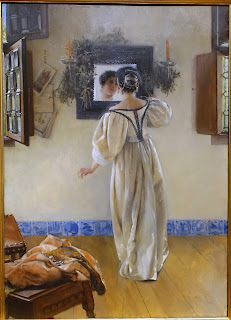 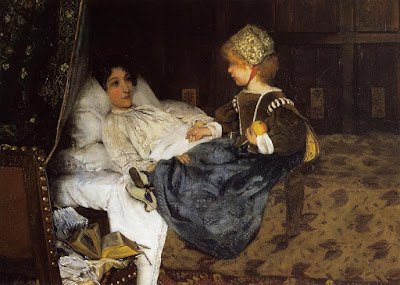 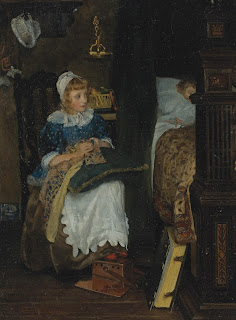 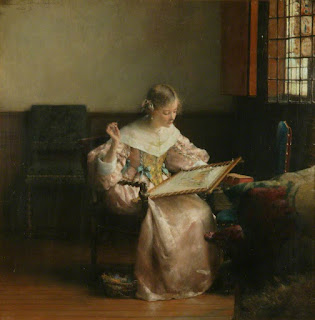 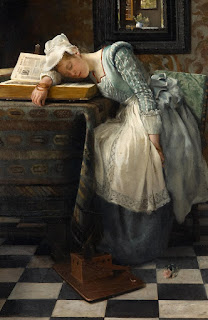 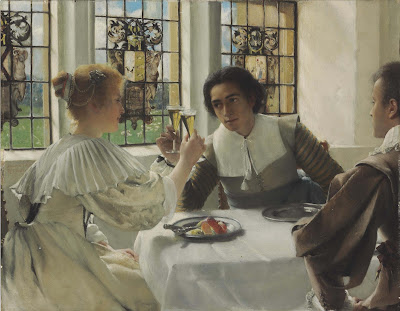 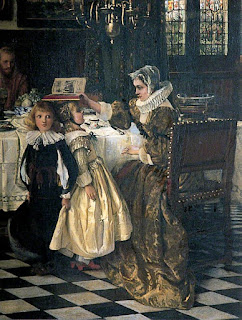 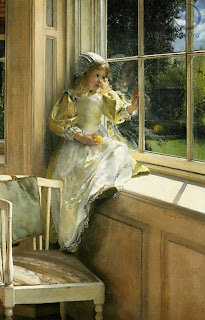 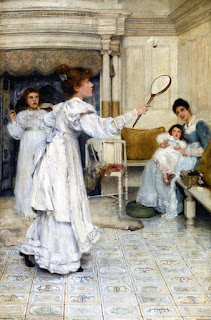 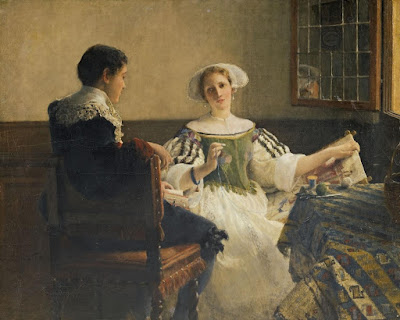 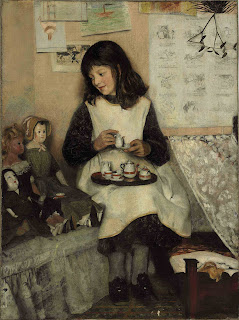 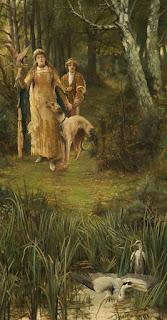 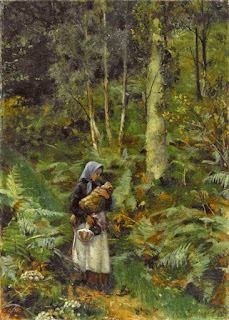