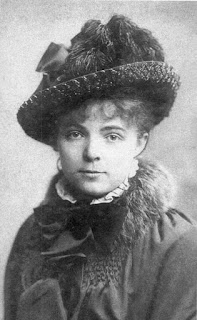 Ms. Bashkirtseff, pictured in 1878, just six years before her death


"Let us love dogs, let us love only dogs! Men and cats are unworthy creatures."

Maria Konstantinovna Bashkirtseva was born in Gavrontsi, Ukraine, to a wealthy family. Her parents separated when she was a little girl, so she traveled widely with her mother, in Germany, along the Riviera, and then settling in Paris. She was a talented singer until illness ruined her voice. She wrote, “…My God!  What a beautiful voice I had!  It was powerful, dramatic, captivating; it gave chills in the back. And now I have nothing, not even a voice to speak with!…”


She then took up painting, age 19, convincing her family to move from warm sunny Nice to Paris, despite her diagnosis of tuberculosis. She studied at Robert-Fleury's studio and at the Académie Julien (see below for her painting of the studio). Julien's atelier was one of the few in Paris that admitted women students, attracting women from all over the world. Classmates included Louise Breslau, Anna Bilińska-Bohdanowicz, and later Cecilia Beaux.

Marie Bashkirtseff was an extremely talented painter, exhibiting the same year she entered the Academy, from 1880 to her death four years later. Almost all the art works she produced were from that four-year time span. Over 200 of her works were later destroyed by the Nazis (about 60 works survive)... 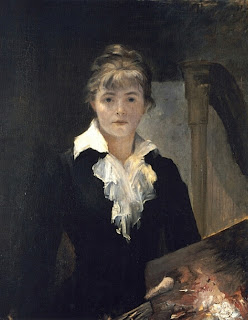 Marie was a big fan of the Realist painter Jules Bastien-Lepage. He painted nature so well Marie felt intimidated, which is why she preferred to paint city scenes. Marie wrote, "I say nothing of the fields because Bastien-Lepage reigns over them as a sovereign; but the streets, however, have not yet had their... Bastien." Sadly, both Jules and Marie died the same year of tuberculosis, and Marie visited him several times before they died. It was he who convinced Marie to paint people from lower classes, to see outside her wealthy bourgeoisie background. 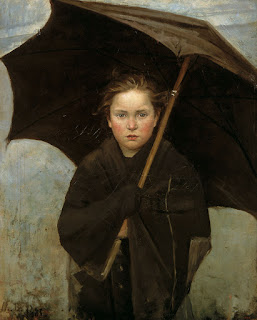 Apart from painting, Marie was a talented writer and essayist, penning several articles for the feminist newspaper La Citoyenne, under the pen name Pauline Orrel. But her main written work was he diary, which she started age thirteen, continuing up to her death, which she became more and more certain of as she grew to adulthood. She even wrote, "If I do not die young I hope to live as great artist; but if I die young, I intend to have my journal, which cannot fail to be interesting, published." Three years after her death, it was published - the second diary by a woman to be published and sold in France. Mary Serrano translated it to English two years later, to critical acclaim, and several plays and films were based on her life. Other writers, like Mary MacLane, Katherine Mansfield, and Anaïs Nin were inspired to write similar diaries. 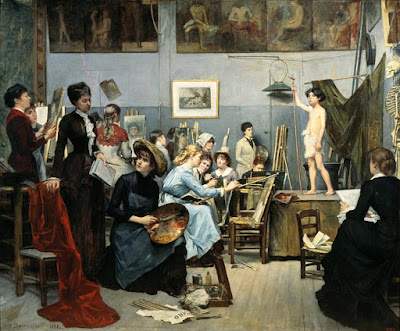 Of this work, Marie wrote, “…As for the subject, it does not fascinate me, but it may be very amusing, and then Julian is so taken with it, and so convinced… A woman’s studio has never been painted.  Besides, as it would be an advertisement for him, he would do all in the world to give me the wonderful notoriety he speaks about…” 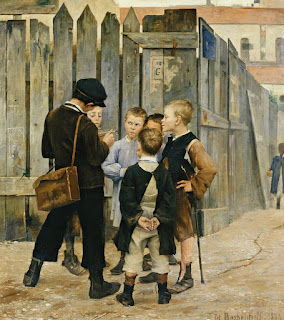 This is one of her most famous street scenes, inspired by Lepage. She slaved at it all throughout the final stages of her illness, and she was crushed when it received no medal at the Paris Salon; she wanted to be remembered for her art. “…I am exceedingly indignant because, after all, works that are really rather poor have received prizes…..There is nothing more to be done. I am a worthless creature, humiliated, finished…” 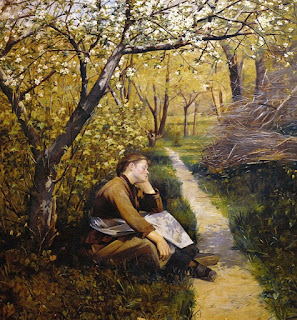 Marie was buried in a mausoleum, set as an art studio complete with her unfinished paintings, at the Cimetière de Passy. Her friend, René de Saint Marceaux, sculpted a bust of her, which was placed inside. 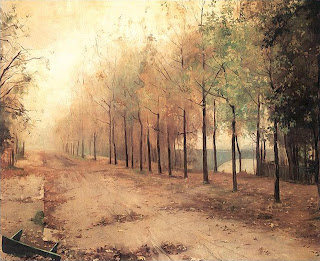 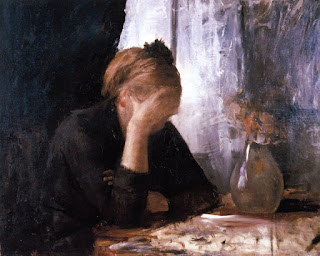 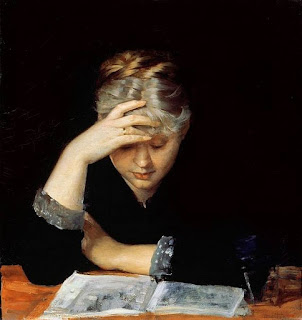 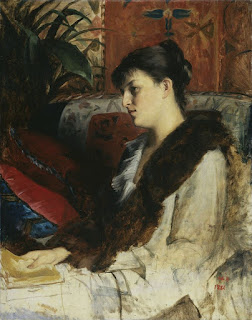 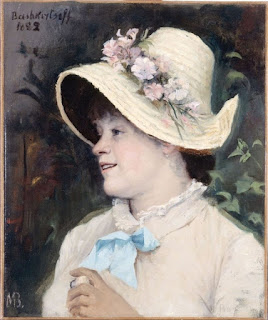 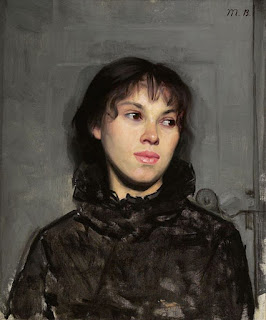 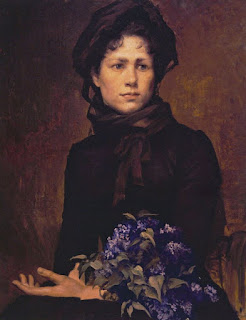 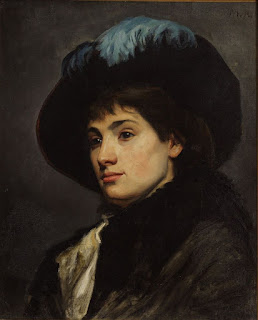 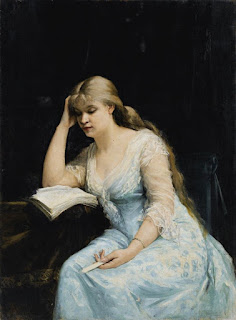 'Portrait of a Young Woman Reading' 1880 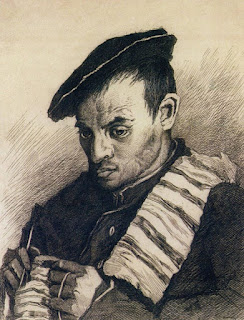