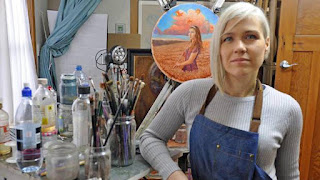 Sacha Lees is an award-winning fantasy artist and designer from New Zealand. She began her career in 1998 at the age of 20, landing a job at the prestigious Weta Workshop. This company produces concept art, props and sculptures for big Hollywood films. During the six years she spent there, Lees worked on the production of Peter Jackson's Lord of the Rings trilogy.
After working for Weta, Sacha moved to Florence, Italy, where she studied traditional drawing and painting techniques of the old masters. She then returned home to New Zealand to begin her career as a fine-art, fantastic painter. Her work has been featured in prestigious publications such as Spectrum and White Cloud Worlds, and in 2020 she won the coveted Adam Portrait Award for her self portrait 'Sometimes an Outline Coloured In' (shown below). 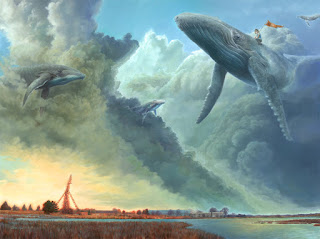 Sacha paints in oil on copper sheets, attached to wooden boards. She says the copper adds a warm luster and deep texture, and she likes how the light plays upon it. You can get a glimpse into her studio in the video she uploaded to Youtube: 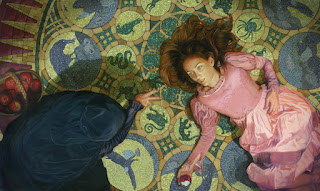 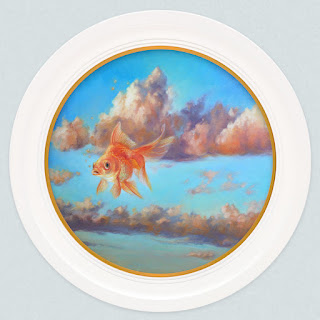 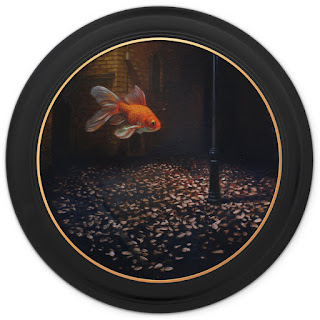 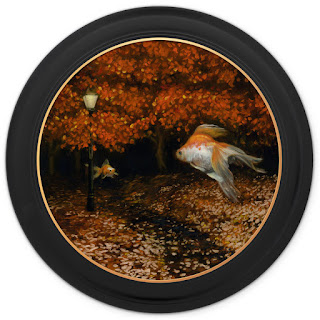 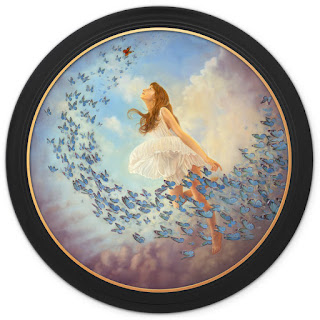 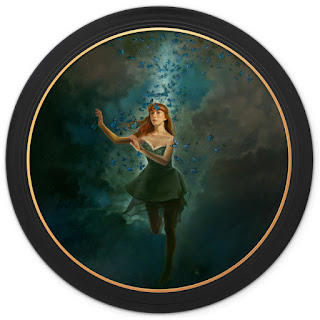 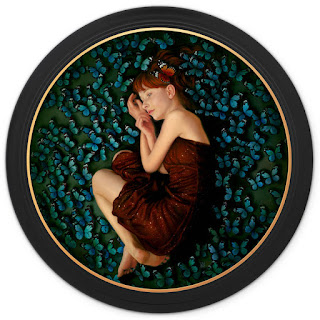 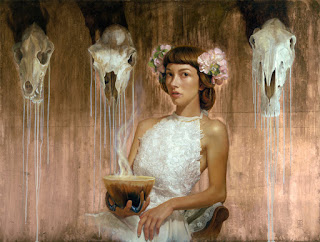 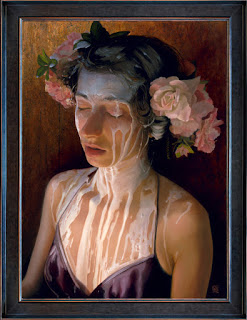 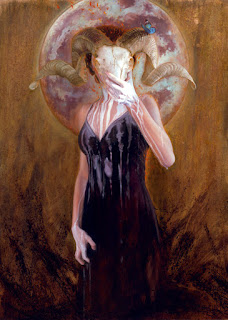 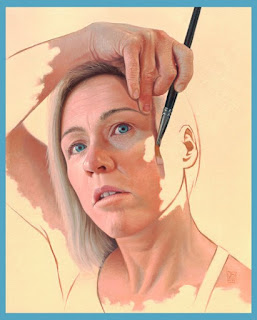 'Sometimes An Outline Coloured In' 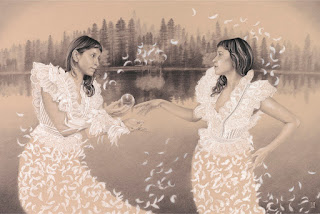 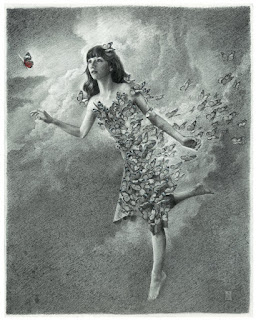 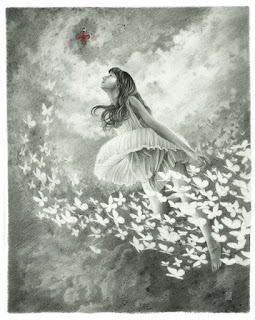 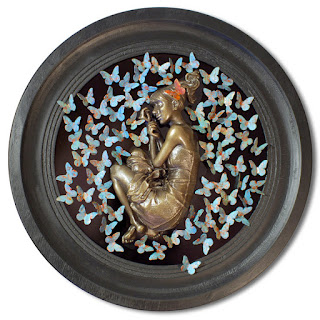