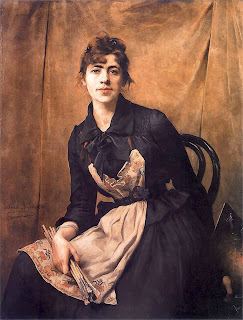 Anna Bilinska-Bohdanowiczova was a Realist portrait painter, the first woman artist from Poland to gain fame and prestige in Paris, and to gain a professional academic education in the arts. She came from Zlatopol, a frontier town of Poland, then part of the Russian Empire, and now part of Ukraine. Her father was a doctor who worked in and around Kiev. According to Wikipedia, she once quipped that she had the temper of a Cossack but the heart of a Pole. Her first art teacher was the painter and architect Michal Andriolli, who had just been pardoned for his part in the failed January Uprising against the Czar. Anna then moved to Warsaw in 1877, studying under Wojciech Gerson, one of the leading Polish Romantics. 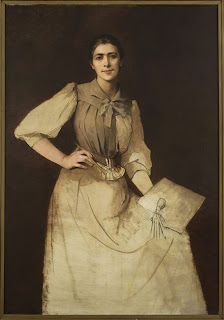 In 1882 Anna accompanied an ill friend, Klementyna, on a tour of Europe, visiting Munich, Salzberg, Vienna, and Northern Italy. It was in Munich that she met and fell in love with Wojciech Grabowski (the two later became engaged, but never married due to his tragic death).

Anna then went to Paris (still 1882) to study at the Académie Julien where she met her classmates Louise Breslau and Marie Bashkirtseff. Anna was soon winning awards at shows presented by the school, and her paintings were accepted into the Paris Salon - her 'Self-Portrait with Apron' won a gold medal in 1887, and a silver medal at the World's Fair in 1889. She won another gold medal in 1890 at the Royal Academy in London, and yet another in 1891 at the Int. Art Exhibit in Berlin. Anna taught at the Academie Julien after her father died in 1884, as she had little means to support herself (although she also taught music). With support from friends, she kept painting, and soon built up a reputation as a leading Realist painter, exhibiting her works in Poland, Munich, London, and the US.

Anna lived in Paris until 1892. In that year, she married a doctor, Antoni Bohdanovicz. The two returned to Warsaw and Anna intended to open art school, but she developed a heart condition, fell ill, and died a year later, just as her career had been taking off. 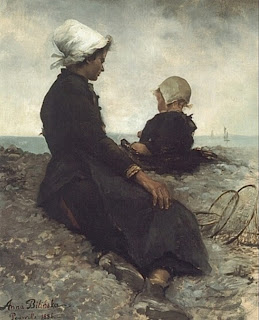 The somber painting above was made while Anna was staying at  Pourville-les Bains. The black dress, overcast sky, and grey beach are not what one would typically expect at a beach, but Anna was in mourning, after the deaths of her father, her fiance Grabowski, and her friend Klementyna.

I first learned of Anna when I saw her Self-Portrait with an Apron, hanging at the National Gallery in Krakow. Like all her works, there's this incredible shocking power and force, even though nothing's happening. There's no action taking place, but each work is so arresting, the way she and her other figures stare at you. Or in 'At the Seashore' you're so close and yet the woman and child don't notice you - it's as if you've encroached in their space, covered by the sound of the waves crashing and the wind, and if you said 'Hello' you'd startle them. There's a feeling of first-meeting to her best works that puts you on edge. It's a shame she died so young, at just 35. She could have had a major impact in shaping the Realist movement for the 20th century, along such greats as Andrew Wyeth, Hopper and others. 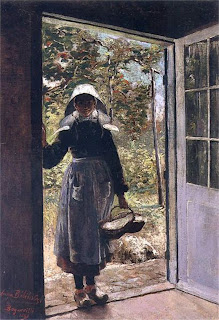 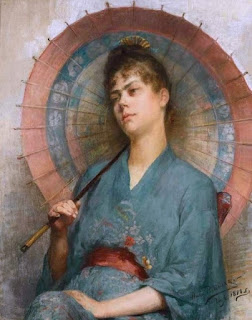 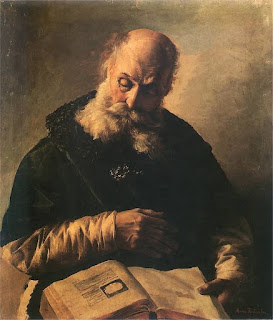 'Old Man with a Book' 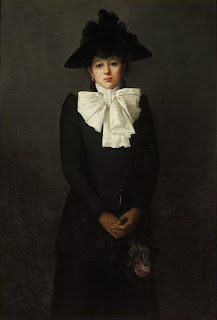 'Portrait of a Young Woman' 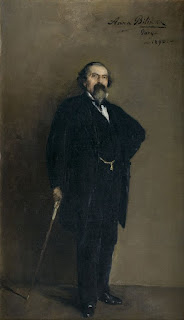 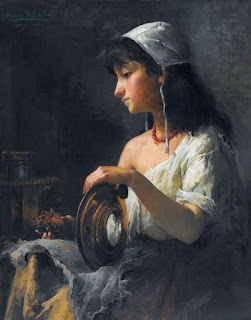 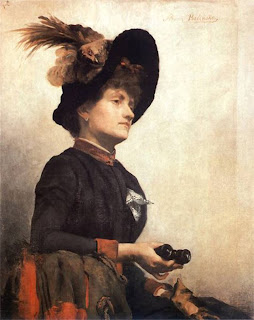 'Portrait of a Lady with Binoculars' 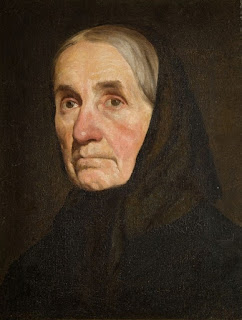 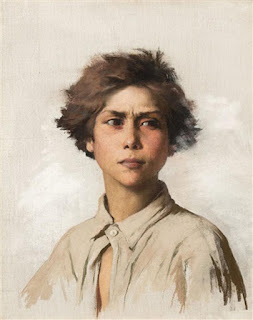 'Portrait of a Boy' 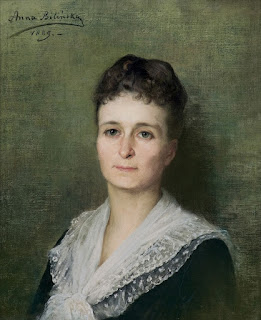 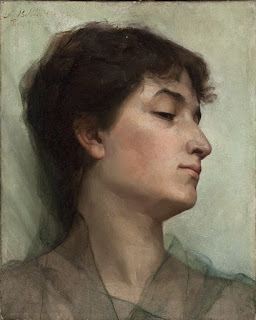 'Portrait of a Lady' 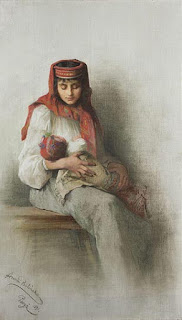 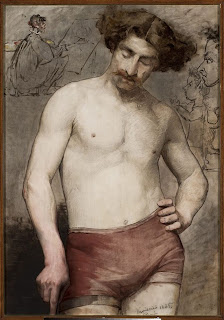 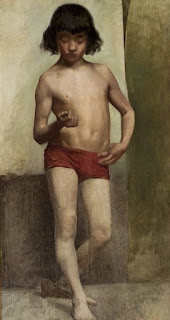 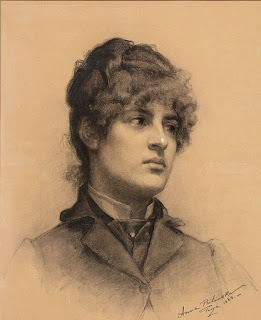 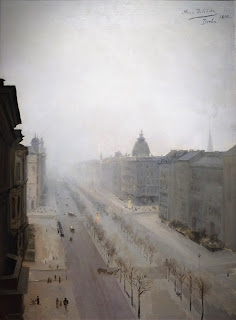 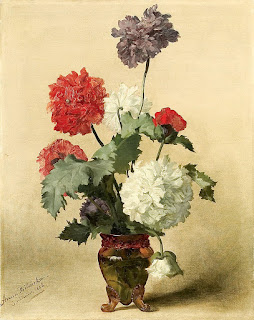 Some notes taken from Ewa Micke-Broniarek