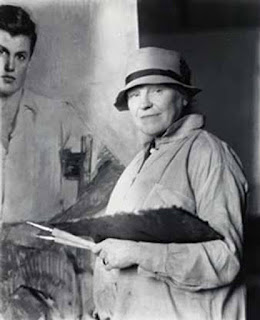 Ellen Emmet Rand in her studio 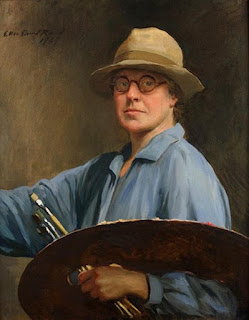 Ellen Gertrude 'Bay' Emmet Rand was an excellent portrait painter, following in the tradition of Cecilia Beaux. She also illustrated for Vogue, Harper's Weekly and Harper's Bazaar. Ellen was the first woman to earn the Penn Academy of Fine Art (PAFA)'s Carol Beck Gold Medal. She also won a gold medal at the 1915 Panama-Pacific  Exposition, and was a member of the Nat. Academy of Design.

She painted portraits of artists Frederick MacMonnies, Saint-Gaudens, Pablo & Susan Casals, NY Governor William Vanderbilt III, and an official portrait of President Franklin Delano Roosevelt. She tried painting Teddy Roosevelt's portrait but gave up, complaining, "It was ridiculous. He couldn't sit still—especially with children going in and out of the studio with snakes and spiders." FDR's portrait was housed at his Presidential Library in Hyde Park, until disappearing in 2004. 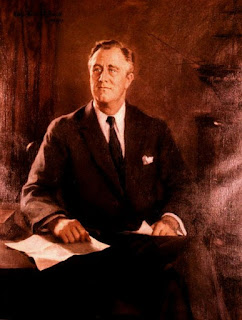 Ellen came from an illustrious family. Three of her cousins were accomplished painters in their own right: Lydia Field Emmet, Rosina Emmet Sherwood, and Jane Emmet de Glehn. But, most famous of all were her cousins Henry and William James. Henry James is considered one of the greatest authors of modern times, and William James was a leading psychologist and philosopher. Family visits must have been filled with deep conversation. 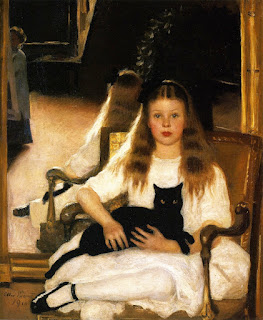 Born in San Francisco, Ellen moved to New York when she was nine, after her father died. She studied at Cowles Art School in Boston, and then spent four years at the Art Student's League in NYC. She also studied under William Merritt Chase at his Shinnecock Hills Summer School of Art. In 1896 she traveled to England where she met John Singer Sargent. Between 1898-1900 she studied in Paris under Frederick MacMonnies.  She then married and had three children. She worked as a portrait painter with one studio in NYC (located directly under Cecilia Beaux's) and another at her home in Salisbury, Connecticut. Ellen painted over 700 portraits, having solo shows in NYC and Copley Hall in Boston. She was also one of the highest paid artists of her day.

Despite all this, her name and reputation disappeared soon after her death. According to Stephanie Santillo (Daily Campus, 2018)This was in part due to her family, which kept her works in a barn from 1941 to '67 when they finally donated them to the Benton Museum. But it also had to do with portraiture falling out of fashion during wave after wave of modern art movements. 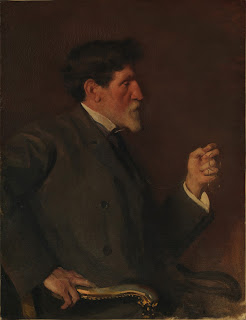 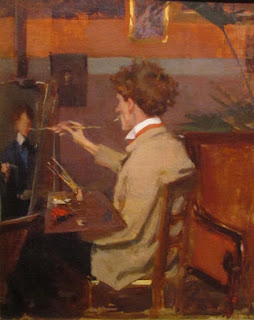 'Frederick MacMonnies in His Studio' 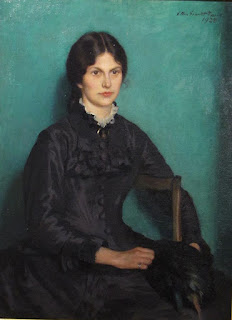 'The Green Background: A Portrait of Mrs. Jenkins' 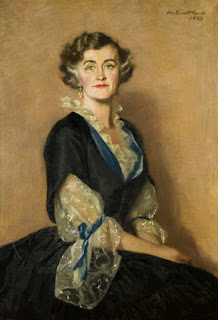 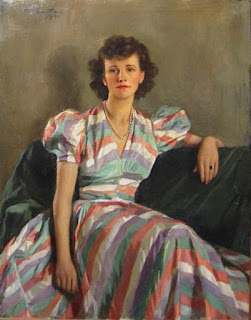 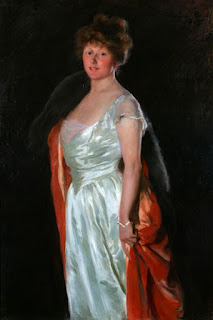 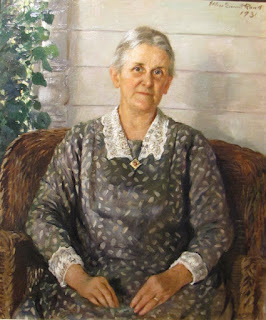 Some notes taken from the Greenwich Village Society for Historic Preservation.